Behind closed doors, President Donald Trump has made his views on Ukraine clear: "They tried to take me down." 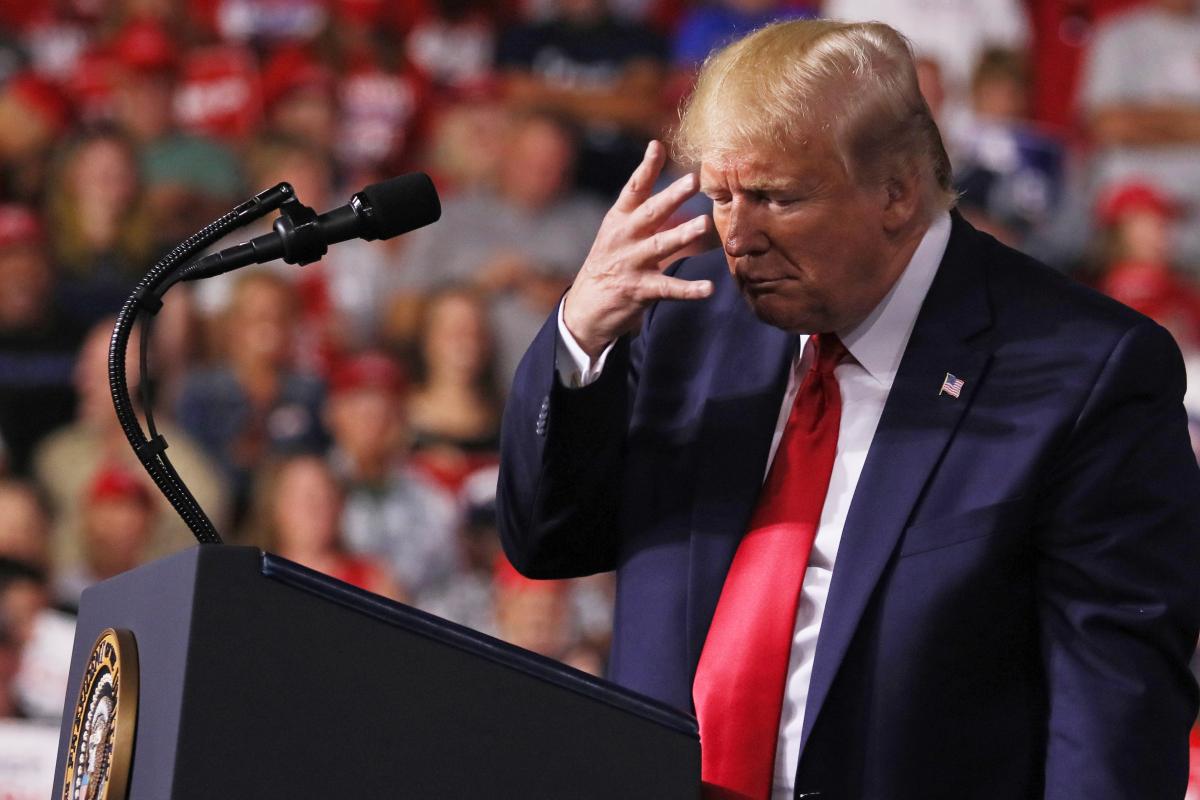 The U.S. president, according to people familiar with testimony in the House impeachment investigation, sees the Eastern European ally, not Russia, as responsible for the interference in the 2016 election that was investigated by special counsel Robert Mueller.

It's a view denied by the intelligence community, at odds with U.S. foreign policy and dismissed by many of Trump's fellow Republicans but part of a broader skepticism of Ukraine being shared with Trump by Russian President Vladimir Putin and his key regional ally Viktor Orban of Hungary, according to the New York Times citing Associated Press.

Trump's embrace of an alternative view of Ukraine suggests the extent to which his approach to Kyiv was colored by a long-running, unproven conspiracy theory that has circulated online and in some corners of conservative media.

On Monday, Trump derided the impeachment probe anew as a "witch hunt," insisting that he did nothing wrong in his phone call with Ukrainian President Volodymyr Zelensky.

But those testifying in the impeachment inquiry, now entering its fifth week, are recalling that Trump's views on Ukraine were seen as a problem by some in the administration. Some of those testifying recalled a May meeting at the White House when U.S. officials, just back from attending Zelensky's inauguration in Kyiv, briefed Trump. Ambassador to the European Union Gordon Sondland, special envoy Kurt Volker and other witnesses have described Trump as suspicious of Ukraine despite well-established American support for the fledgling democracy there. Several witnesses have testified that Trump believed Ukraine wanted to destroy his presidency.

"President Trump was skeptical," Sondland testified, according to his written remarks. Sondland said that only later did he understand that Trump, by connecting the Ukrainians with his personal lawyer Rudy Giuliani, was interested in probing the 2016 election as well as the family of his potential 2020 rival, Joe Biden.

"It was apparent to all of us that the key to changing President Trump's mind on Ukraine was Mr. Giuliani."

The report recalls that House Democrats launched the impeachment inquiry after a whistleblower filed a complaint that included Trump's July call with Zelensky. The call was placed the day after Mueller testified to Congress and brought an end to the two-year Trump-Russia probe.

"Our country has been through a lot and Ukraine knows a lot about it," Trump told Zelensky, according to a rough transcript of the call released by the White House.

"I would like you to find out what happened with this whole situation with Ukraine, they say CrowdStrike," Trump said. "The server, they say Ukraine has it."

Trump was airing the conspiracy-theory view, shared by Giuliani, that the security firm CrowdStrike, which was hired by the Democratic National Committee to investigate the 2016 hack of its email, may have had ties to Ukraine. CrowdStrike determined in June 2016 that Russian agents had broken into the committee's network and stolen emails that were subsequently published by WikiLeaks. The firm's findings were confirmed by FBI investigators and helped lead to Mueller's indictments of 12 individuals from Russia's military intelligence agency.

But the loose conspiracy theory contends that the DNC email hack was a setup, bolstered by fake computer records, designed to cast blame on Russia. Even the president's Republican allies have tried to dissuade Trump from it.

Meadows, a confidant of Trump, said he's sure Ukraine had some role in the U.S. election. But he views the search for the email server as farfetched.

"I would not, on my dime, send a private attorney looking for some server in a foreign country," Meadows told reporters.

Other Republicans have also tried to convince Trump it was not Ukraine that was involved. Trump's former homeland security adviser, Tom Bossert, said Giuliani had done Trump a disservice by pushing the false story.