The two leaders see the Normandy format as the key to stopping Russian aggression in the east of Ukraine. 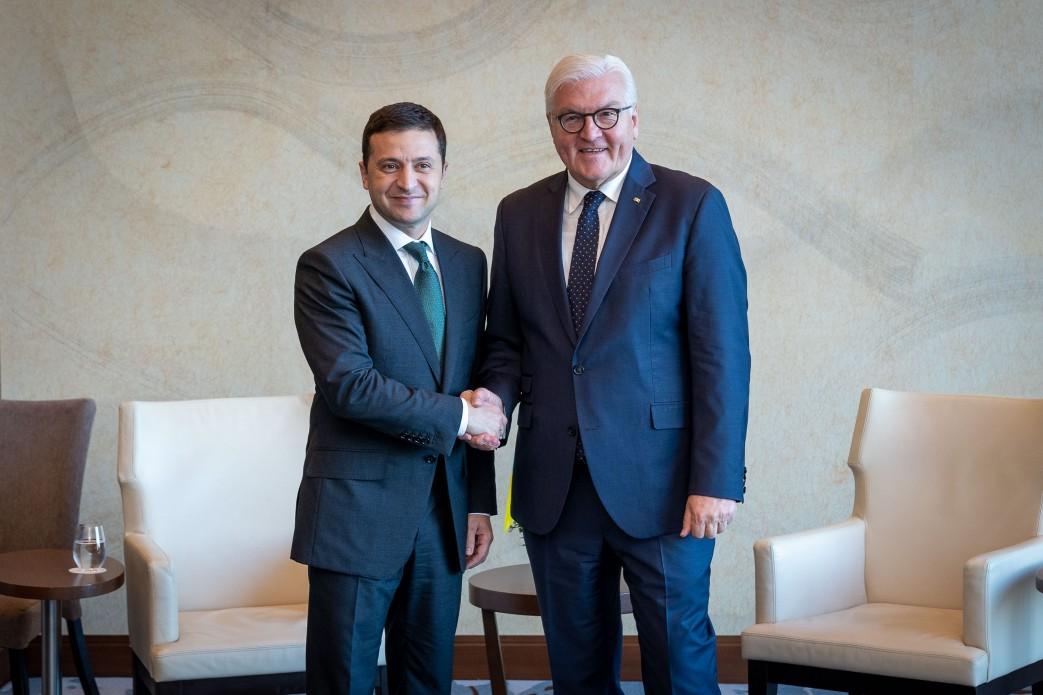 Zelensky has invited Steinmeier to visit Ukraine / Photo from president.gov.ua

"Achieving peace in Donbas and ending the bloodshed is an absolute priority for me and my team," Zelensky told Steinmeier. "I am very grateful to you for your efforts aimed at political and diplomatic settlement of the Donbas war and constant attention to the issue of restoring the territorial integrity of Ukraine."

The meeting took place as part of Zelensky's visit to Japan, the press service of the Office of the President said.

The two leaders agreed the Normandy format is the key to stopping Russian aggression in the east of Ukraine.

Zelensky said Ukraine had fulfilled its part for holding a Normandy Four meeting.

"Ukraine has fulfilled its part to restore the functioning of the Normandy Four. We look forward to a meeting of Normandy Four leaders in the near future, as all the obstacles have been eliminated," he said.

If you see a spelling error on our site, select it and press Ctrl+Enter
Tags:DonbasNormandyFourSteinmeierZelenskySteinmeier Formula