Aseyev was one of the few reporters in Donetsk who continued to work in the city after it came under the control of the "DPR" in 2014. 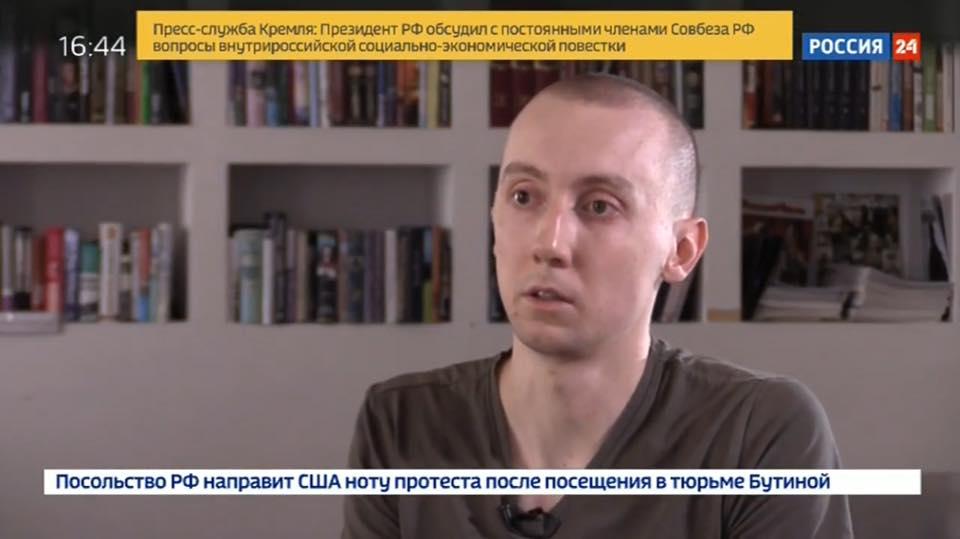 Aseyev disappeared in Donetsk region on June 2, 2017 / Photo from facebook.com/egor.firsov

International media-freedom watchdogs, the Ukrainian government, and a U.S. senator have strongly condemned the "illegal" and "unacceptable" sentencing of journalist Stanislav Aseyev, an RFE/RL contributor, by a court established by the self-proclaimed "Donetsk People's Republic" ("DPR") in Russia-occupied Donbas.

The "DPR"-controlled news outlet DAN reported on October 22 that Aseyev in August received a sentence of 15 years in a penal colony on charges of espionage, extremism, and public calls to violate the territory's integrity, RFE/RL reported.

The 30-year-old journalist, who wrote under the pen name Stanislav Vasin, disappeared in Donetsk region on June 2, 2017, and has been held in detention since by the "DPR."

"I am shocked by his completely illegal conviction and sentencing," the OSCE representative on freedom of the media, Harlem Desir, said in a statement, reiterating his call that Aseyev must be "released immediately."

RFE/RL President Jamie Fly has called the ruling against Aseyev "an attempt by Russian-backed separatists in Donetsk to silence his powerful, independent voice" and along with Desir urged the release of Oleh Halaziuk, a contributor of RFE/RL's Ukrainian Service who has been held by the "DPR" in Donetsk since August 2017.

The two journalists "were among the very few independent journalists who worked and reported from the non-government-controlled area of Donetsk region," the OSCE representative said.

"The silencing of independent journalists is a crime against the freedom of expression and it is unacceptable," Desir added.

Aseyev was one of the few reporters in Donetsk who continued to work in the city after it came under the control of the "DPR" in 2014.

Representatives of the "DPR" have accused Aseyev of observing the deployment sites of their paramilitary groups and passing on the information to the Ukrainian Security Service (SBU), according to the news outlet Hromadske.

In New York, the Committee to Protect Journalists (CPJ) said the "so-called court" that convicted and sentenced Aseyev was "not legitimate."

Gulnoza Said, CPJ's Europe and Central Asia program coordinator, noted in a statement that Aseyev "is neither a spy nor extremist," but "a journalist who was providing a rare glimpse into the life of ordinary people" in the separatist-controlled region.

The European Federation of Journalists (EFJ) said that "the mistreatment of [Aseyev] and now the harsh sentence are blatant violations of media freedom."

The Ukrainian Foreign Ministry also condemned the "unlawful" verdict, and noted that "illegal imprisonment is a criminal offense in Ukraine."

"All those involved in the detention of [Aseyev] will be prosecuted in accordance with the Criminal Code of Ukraine," it added.