The latest draft declaration prepared in the run-up to the Eastern Partnership Summit to be held in Riga next month suggests there are few current prospects for deepened European integration for Ukraine, Georgia and Moldova, Radio Liberty has reported. 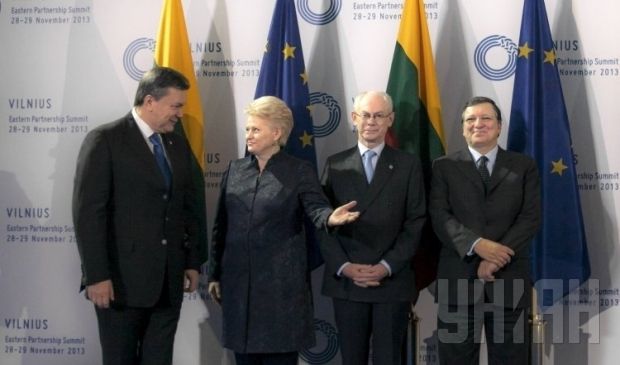 According to draft of the document obtained by Radio Liberty, the declaration does not envisage any concrete prospects for the integration of the three countries into the European Union.

The draft declaration does reaffirm "the sovereign right of each partner state freely to choose the level of ambition and the goals to which it aspires in its relations with the European Union."

However, the language of the declaration is much weaker than in the document adopted in Vilnius in 2013.

The draft declaration has been sent to member states of Eastern Partnership, with the possibility of it being amended during the Riga Summit on May 21-22.

Moldova, Georgia and Ukraine signed an association agreement with the EU in 2014, in spite of pressure from Moscow.