Zelensky's office in Kyiv did not respond to The Associated Press messages on Wednesday seeking comment. 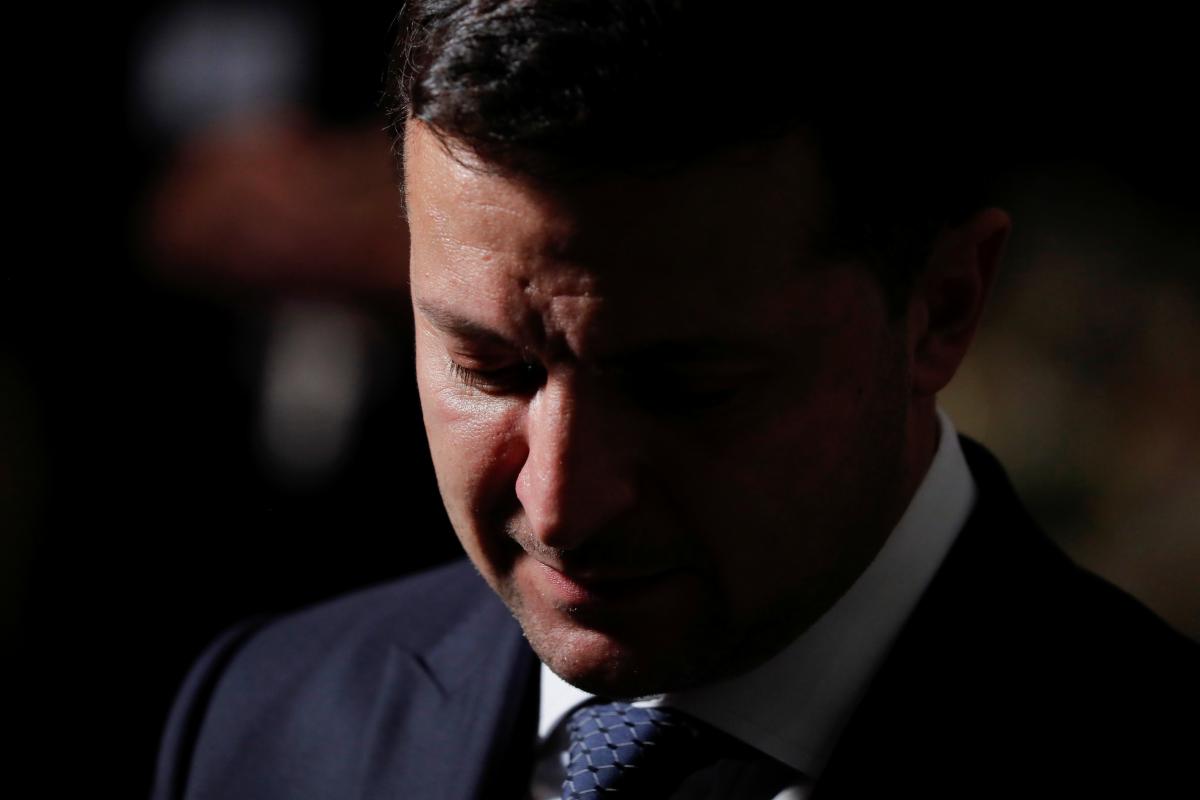 More than two months before the phone call that launched the impeachment inquiry into President Donald Trump, Ukraine's newly elected leader was already worried about pressure from the U.S. president to investigate his Democratic rival Joe Biden.

Volodymyr Zelensky gathered a small group of advisers on May 7 in Kyiv for a meeting that was supposed to be about his nation's energy needs. Instead, the group spent most of the three-hour discussion talking about how to navigate the insistence from Trump and his personal lawyer, Rudy Giuliani, for a probe and how to avoid becoming entangled in the American elections, according to three people familiar with the details of the meeting, The Associated Press reported.

They spoke to The Associated Press on condition of anonymity because of the diplomatic sensitivity of the issue, which has roiled U.S.-Ukrainian relations.

The meeting came before Zelensky was inaugurated but about two weeks after Trump called to offer his congratulations on the night of the Ukrainian leader's April 21 election.

The full details of what the two leaders discussed in that Easter Sunday phone call have never been publicly disclosed, and it is not clear whether Trump explicitly asked for an investigation of the Bidens.

The three people's recollections differ on whether Zelensky specifically cited that first call with Trump as the source of his unease. But their accounts all show the Ukrainian president-elect was wary of Trump's push for an investigation into the former vice president and his son Hunter's business dealings.

Either way, the newly elected leader of a country wedged between Russia and the U.S.-aligned NATO democracies knew early on that vital military support might depend on whether he was willing to choose a side in an American political tussle. A former comedian who won office on promises to clean up corruption, Zelensky's first major foreign policy test came not from his enemy Russia, but rather from the country's most important ally, the United States.

The May 7 meeting included two of his top aides, Andriy Yermak and Andriy Bogdan, the people said. Also in the room was Andriy Kobolyev, head of the state-owned natural gas company Naftogaz, and Amos Hochstein, an American who sits on the Ukrainian company's supervisory board. Hochstein is a former diplomat who advised Biden on Ukraine matters during the Obama administration.

Zelensky's office in Kyiv did not respond to messages on Wednesday seeking comment. The White House would not comment on whether Trump demanded an investigation in the April 21 call.

If you see a spelling error on our site, select it and press Ctrl+Enter
Tags:USATrumpZelensky