The Cabinet of Ministers of Ukraine has excluded five ports in the Russian-annexed Ukrainian territory of Crimea - Sevastopol, Yevpatoria, Yalta, Feodosia and Kerch - from the list of Ukrainian sea ports open to foreign vessels, according to government order No.415-p of April 29. 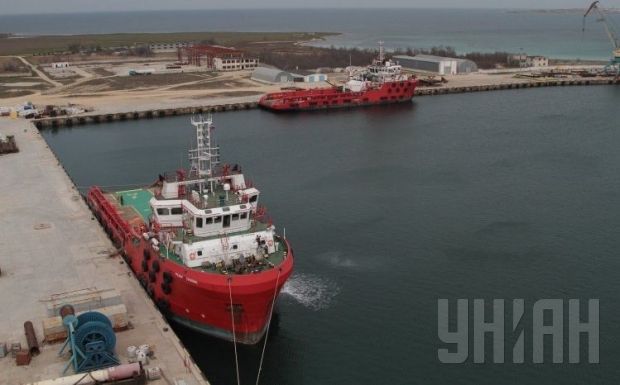 "[This order is] to amend the annex to the decree of the Cabinet of Ministers of Ukraine dated June 26, 2013, No. 466 ‘On approval of the list of Ukrainian sea ports open to foreign vessels’ by excluding from the list the ports Sevastopol, Yevpatoria, Yalta, Feodosia, Kerch," the document reads.

The cabinet also instructed the Ministry of Infrastructure of Ukraine to publicise within two weeks this decree in the official newspaper "Notices to Mariners" and on the official Web site of the ministry.

As UNIAN reported earlier, on April 15, 2014 the Verkhovna Rada, Ukraine’s parliament, adopted a law "On the protection of the rights and freedoms of citizens and the legal regime for the temporarily occupied territory of Ukraine," according to which the Autonomous Republic of Crimea and Sevastopol are recognized as illegally occupied by the Russian Federation.

On April 30, Ukraine officially closed the sea ports that are located at the territory of the Autonomous Republic of Crimea to international shipping. This implies that any vessel entering the Crimean ports does so at its own risk.

According to Ukrainian law, ship owners and ship masters who ignore the entry ban may face serious problems, including fines or even imprisonment.