The summit is tentatively set to be held in Paris. 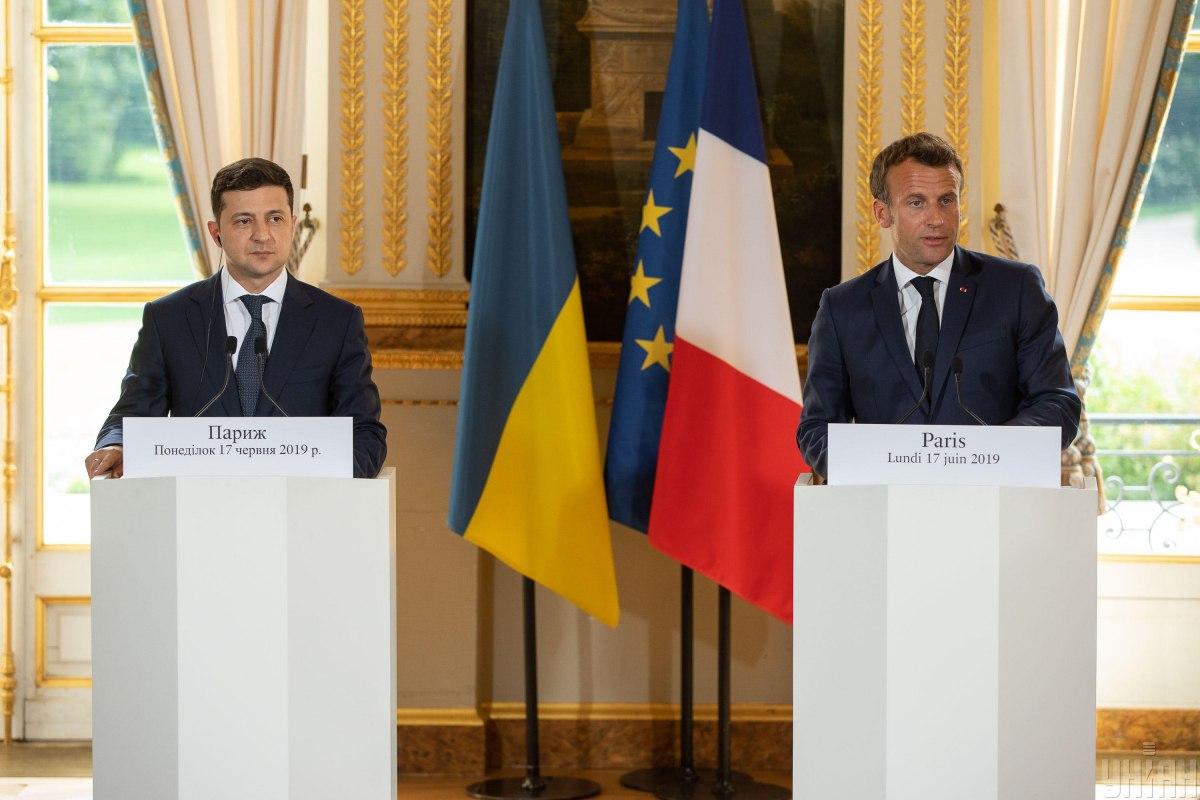 The leaders of the Normandy Four (Ukraine, Russia, Germany, and France) are reportedly scheduled to meet on December 9, the office of the Ukrainian President, Volodymyr Zelensky, announced Friday.

"Volodymyr Zelensky had a telephone conversation with President of the French Republic, Emmanuel Macron. The summit of leaders of Ukraine, Germany, France, and Russia in the Normandy format will be held on December 9. Details of the conversation will be reported later," reads the statement delivered via Facebook.

Emmanuel Macron's office said the summit was tentatively set to be held in Paris, TSN reports.

As UNIAN reported earlier, with reference to the chairman of the parliamentary committee on national security, defense and intelligence, Oleksandr Zavitnevych, there will be no more disengagement stages in Donbas before the Normandy Four summit.

If you see a spelling error on our site, select it and press Ctrl+Enter
Tags:RussiaDonbasPutinFranceMerkelNormandyFourGermanyMacronParissummitZelensky