The French president said Ukraine had fulfilled all the necessary conditions for the Normandy Four summit to be held. 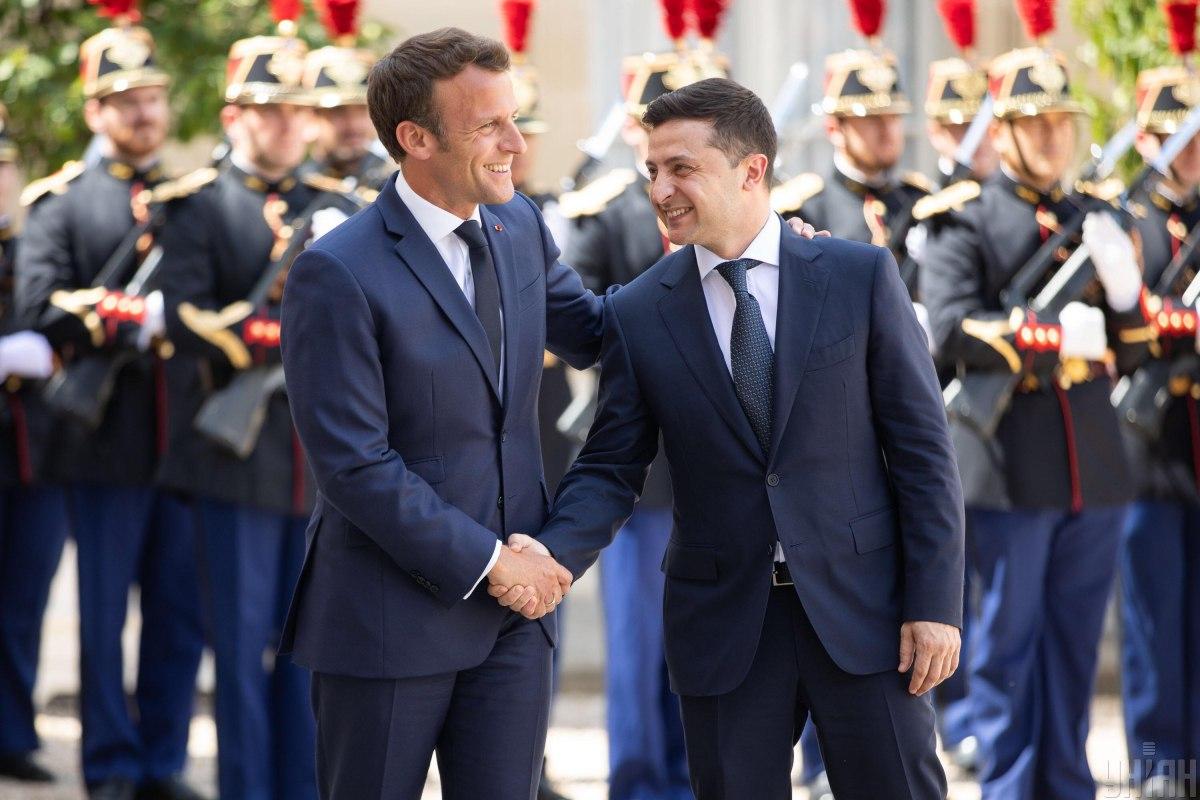 President of Ukraine Volodymyr Zelensky has held a conversation over the phone with his French counterpart Emmanuel Macron to coordinate preparations for the Normandy Four summit on December 9.

The French president stressed that Ukraine had met all the necessary conditions for the summit to be held, according to Zelensky's office press service.

All parties have agreed on the date for the meeting, which is set to be held in Paris.

Zelensky informed Macron about the security situation in Donbas.

The French President assured that Ukraine is safe to continue to count on his country's support in all matters.

Read alsoPutin on communicating with Zelensky: "In full contact"

"The parties also discussed economic cooperation between the two countries and agreed to continue bilateral dialogue during the official visit of the French president to Ukraine," the press service added.

As UNIAN reported earlier, the Normandy Four summit will be held in Paris on December 9.

If you see a spelling error on our site, select it and press Ctrl+Enter
Tags:FranceNormandyFourMacronZelensky