Ukrainian President Volodymyr Zelensky is due to arrive in Ochakiv soon. 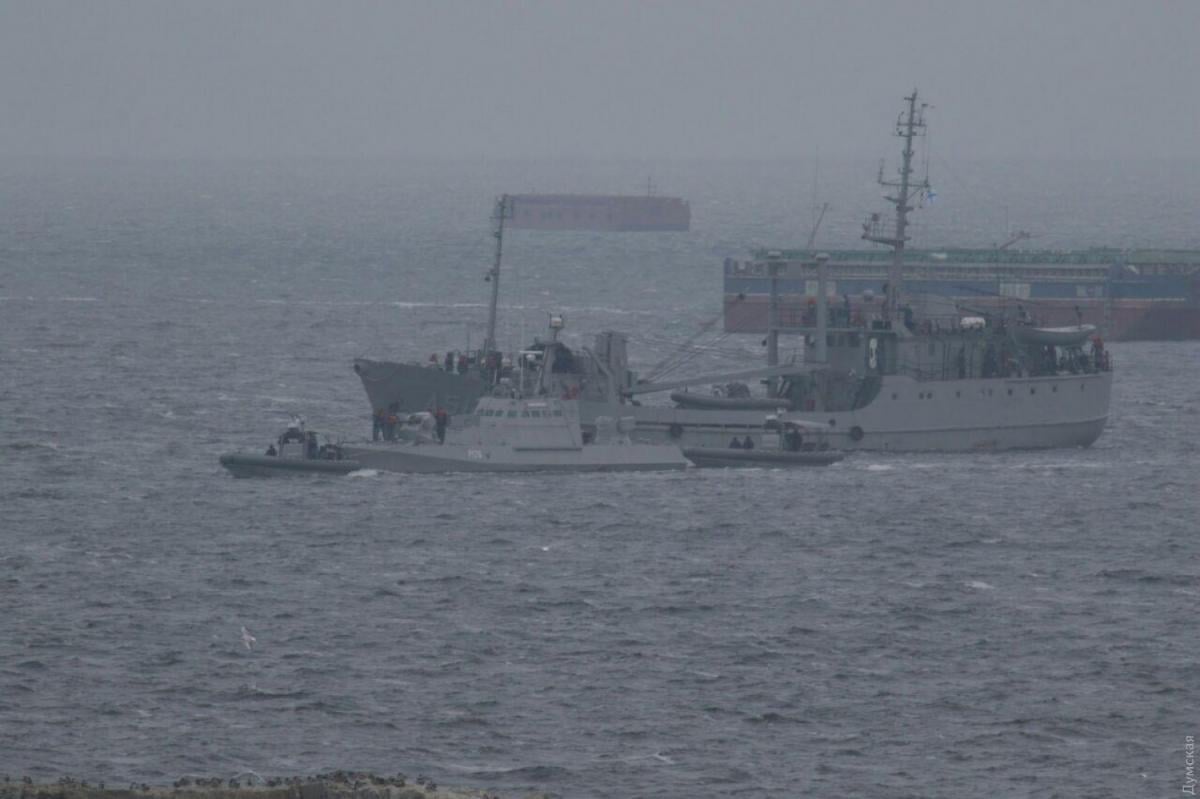 The Nikopol boat / Photo from Dumskaya.net

The three Ukrainian vessels seized by the Russian Federation near the Kerch Strait in November 2018 and later returned to Ukraine are arriving at the port of Ochakiv.

The Nikopol boat has arrived first, the local online portal Dumskaya reported. She was towed by the Pereyaslav small-sized reconnaissance ship. Now, two high-speed Willard-type boats are towing the Nikopol ship to the pier.

The second returned boat, Berdyansk, and the Yany Kapu tugboat have not arrived yet.

Local residents have gathered to welcome the ships.

Students and teachers of the Ochakiv boarding school have posted a large Ukrainian flag on the shore.

Meanwhile, users on social networks have started sharing a video with the arrival of the Yany Kapu tugboat in Ochakiv. It is being towed by the Lidovsky tugboat.