She calls on lawmakers to pass amendment No. 318 to bill No. 2116 "On the State Bureau of Investigation." 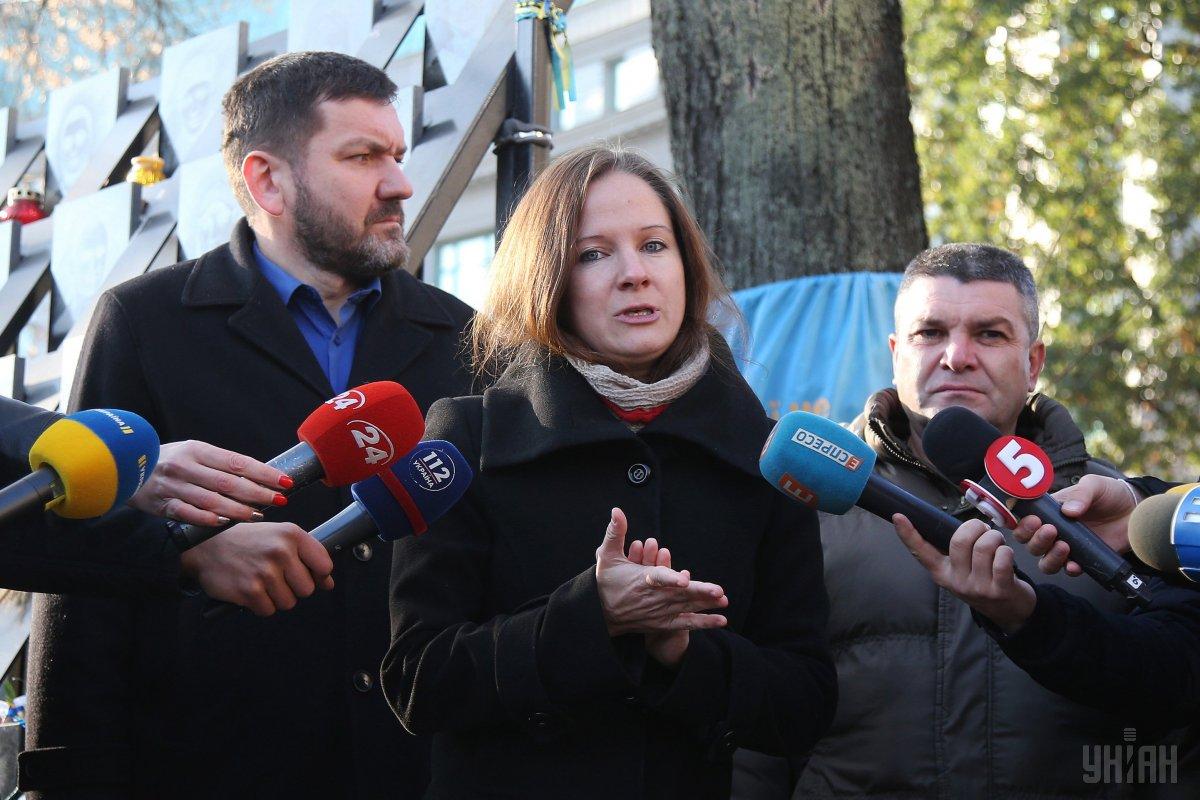 Lawyer of the Heavenly Hundred Heroes' families Yevhenia Zakrevska has gone on hunger strike, demanding amendments to a law that would unblock an investigation into Maidan killings in 2013-2014.

In addition, according to Zakrevska, a special department should be created in the SBI, and all the prosecutors who were investigating the Maidan cases at the Prosecutor General's Office (PGO) should be transferred there.

"I'll stop eating from today until they adopt this amendment, create offices and transfer these investigators there. I promise you that," Zakrevska said.

The lawyer accused SBI Director Roman Truba of creating a "fake" administration in his office, which would allegedly handle the Maidan cases.

According to her, the Maidan cases are no longer interesting to anyone, and lawmakers have "more important things to do" than the adoption of the necessary bills.

In turn, MP from the Servant of the People faction Iryna Vereshchuk said the consideration of the said amendment was scheduled for December 5.

Deputy Prosecutor General Viktor Chumak said he had proposed that Zakrevska head the PGO's department for the Maidan cases and take responsibility for the investigation of the related proceedings.