Merkel in Moscow describes annexation of Ukraine's Crimea as "criminal" 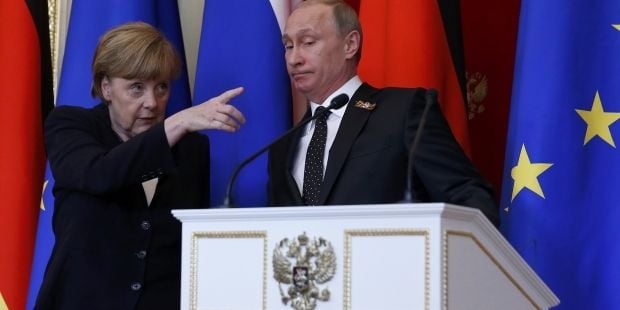 Speaking at a press conference in Moscow on Sunday, Merkel, who was standing close to Russian President Vladimir Putin, said that the Russia's annexation of the Crimean peninsula had caused "a serious setback in our relations," BBC reported.

According to her, the "criminal" annexation of Crimea, which violates international law, and the armed conflict in eastern Ukraine have seriously undermined the relations with Russia.

"However history teaches us that we must do anything possible to resolve conflicts, however, difficult they may be, peacefully and through dialogue," she added.