Bakhmatyuk says he expects to come back in two or three weeks. 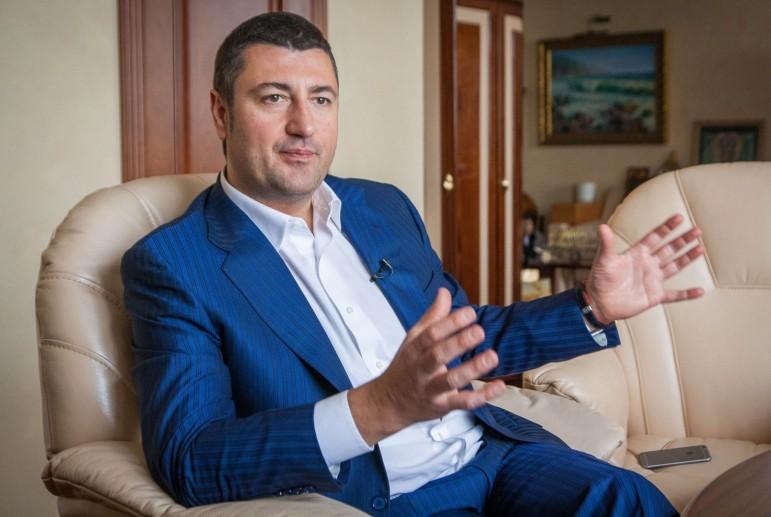 Former owner of VAB Bank and owner of one of Ukraine's largest agricultural producers, UkrLandFarming, Oleg Bakhmatyuk, who has been put on the wanted list on charges of embezzling a UAH 1.2 billion (US$49.6 million) stabilization loan from the National Bank of Ukraine, is going to return to Ukraine.

"I hope [to return to Ukraine] as soon as possible. I have been on the road all my life, but I have absolutely no desire to live somewhere other than Ukraine. But I don't really want to just be 'executed.' I want to have the right to defense, especially since there is a huge structure behind me," he said in an interview to UNIAN.

Bakhmatyuk says he expects to come back in two or three weeks.

He said the National Anti-corruption Bureau of Ukraine (NABU) had issued papers with charges against him while he was on a working trip to Qatar, the UAE and Geneva in Switzerland, where he was negotiating with U.S. Cargill, Inc, an American privately held global corporation.

If the talks had been successful, funds from future contracts to would have helped the businessman fulfill the plan to return UAH 8 billion (US$331.2 million) to Ukraine's Deposit Guarantee Fund.

"We came up with a proposal to the Deposit Guarantee Fund that we would like to repay UAH 8 billion as bona fide shareholders. And I went to negotiate with the buyers of our raw materials – cereals – with Cargill… And when we were already at the final stage, they on Sunday issued a suspicion notice against me, which completely disrupted the course and made the negotiations disadvantageous. We appealed to the president but were not heard. Now this mess is ongoing," Bakhmatyuk said.

Bakhmatyuk claims he proposed to return the UAH 500 million (US$20.7 million) in a guarantee deposit to the Deposit Guarantee Fund at the stage of paperwork and then annually pay out UAH 1 billion (US$41.3 million) until full settlement.

"You will see, in three to four months, the Deposit Guarantee Fund will sell the assets of those banks, and how much will it get? 5-10% of their real value? We see stupid demotivation and we cannot understand it," the businessman said.

As UNIAN reported earlier, on November 22, 2019, the website of the Ministry of the Interior published information on putting ex-owner of VAB Bank and owner of UkrLandFarming Agro Holding Oleg Bakhmatyuk on the wanted list. Earlier, on November 14, NABU detectives informed Bakhmatyuk of a suspicion of embezzling a UAH 1.2 billion stabilization loan granted by the National Bank of Ukraine to VAB Bank.

Bakhmatyuk is charged with committing crimes under Part 5 of Article 191 (misappropriation, embezzlement of assets or taking possession of them by abuse of office) and Part 3 of Article 209 (legalization (laundering) of funds and other assets of criminal nature) of the Criminal Code of Ukraine.