NATO calls on Russia to stop supporting the separatists in the Donbas and withdraw heavy weaponry from the east of Ukraine, NATO Secretary General Jens Stoltenberg told journalists on Wednesday before a meeting of NATO foreign ministers in the Turkish city of Antalya, according to an UNIAN correspondent. 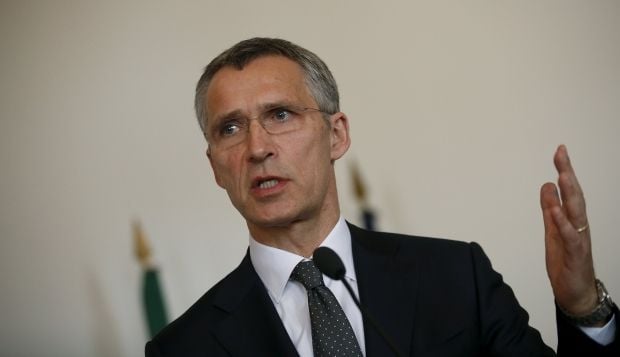 "The ceasefire must be observed, heavy weapons should be withdrawn, and we call on Russia to stop supporting the separatists and withdraw heavy weaponry from the area" he said.

"Now is the time to act... there is urgency when it comes to fulfilling the Minsk agreement," he said.