Kremlin: Savchenko case has no relation to Minsk agreements

The case of Ukrainian pilot, MP and member of the Ukrainian delegation to PACE Nadia Savchenko is not related to the implementation of the Minsk agreements, spokesperson for the Russian president Dmitriy Peskov told journalists on Wednesday, according to Russian news agency RIA Novosti. 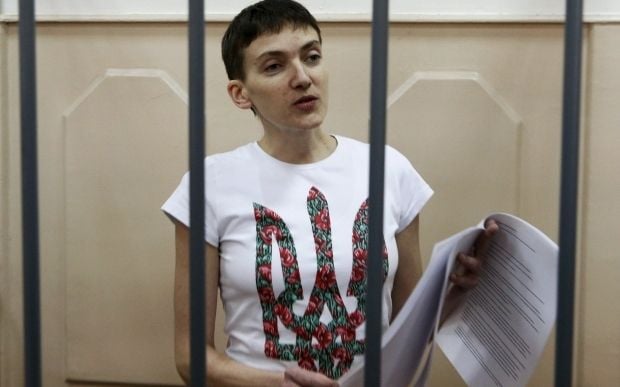 "The [case] of Savchenko has no relation to the implementation of the Minsk agreements," he said.

In addition, according to Peskov, no meeting of the Normandy Four leaders (Ukraine, France, Germany and the Russian Federation) is planned.

As UNIAN reported earlier, on February 12, in Minsk, Ukrainian President Petro Poroshenko said that during talks with Russian President Vladimir Putin they agreed to release Savchenko, but later the Kremlin denied this.

On May 12, U.S. Secretary of State John Kerry called on Russia to release Savchenko, who has already been detained without trial for ten months.

"We would like Russia to release all political prisoners, such as Nadia Savchenko. And we would like all cargoes, including the Red Cross humanitarian aid, to come to Ukraine," he said.

"We believe that all these steps should happen in the near future, and they play a big role in the quality of life in the Donbas," Kerry said.

As reported earlier, U.S. Ambassador to Ukraine Geoffrey Pyatt said that Russia couldn’t selectively perform the Minsk agreements and it had to release Savchenko and other prisoners, to withdraw all heavy weapons and to ensure the ceasefire.