Officers of NABU know where to find ex-VAB bank executives, but put them on the wanted list - lawyer

Placement of Oleh Bakhmatyuk and his sister on the wanted list is unreasonable – they are abroad at addresses known to law enforcement agencies. They conduct negotiations with international creditors to protect the assets of Ukrainian companies, lawyer Tatyana Kozachenko stated. 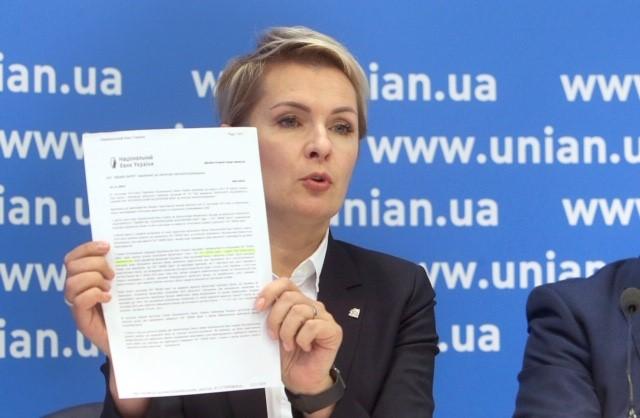 Idea to put ex-owner of VAB Bank Oleh Bakhmatyuk, his sister Natalya Vasylyuk and ex-head of the board Denys Maltsev on the wanted list is unreasonable: law enforcement officers are informed about the exact addresses of their whereabouts and willingness to participate in investigation in accordance with Ukrainian law, reported lawyer Tatyana Kozachenko, informs Depo.ua.

"They need to stay in Europe, and this is fully justified. It is a matter of choosing a method of protection that allows you to avoid political pressure, manipulation and ensure business security, since there is every reason to believe that under the guise of pre-trial procedures there are risks of seizing Ukrlendfarming's assets and "Vanguard" by the government officials", she told on Friday.

Read alsoLawyer of Bakhmatyuk: NABU does not allow us to read the criminal case files and put political pressure on us

Kozachenko noted that lawyers made a request to the National Anti-Corruption Bureau of Ukraine (NABU) on November 25 to read the criminal case files and causes to put Bakhmatyuk on a wanted list.

"We were told that the answer was sent by mail. Such a formalized answer does not solve the main problem – the right to be informed in time what exactly the person is accused of, why he is wanted. After 4 days we don’t know the grounds for such actions, we are not familiar with the documents, we are not allowed to read the materials" the lawyer stated.

She also said that law enforcement officers were officially notified about the place of residence of the suspected persons. This means there was no reason to put them on the wanted list. Kozachenko reminded that so far, law enforcement officers have preferred to send documents to addresses were, as they knew, the suspects are not located, or sent documents by mail to housing and maintenance enterprises.

"No one is hiding!" emphasized the lawyer.

According to her, the actions taken by the defense are aimed at eliminating any manipulations and carrying out investigative actions in accordance with the law. Kozachenko also stated, that abidance of her clients abroad does not impede the investigation, and Ukrainian legislation allows investigation when participants stay in Europe.

The lawyer also recalled that the international creditors of Ukrlendfarming and Avangard had already approached the Ukrainian government regarding the risks of their investments in Ukraine, realizing that under the pretext of conducting an investigation concerning the VAB Bank case, actions could be taken to seize the assets of enterprises. Therefore the task is to guarantee their safety and proper functioning because more than 25 thousand people depend on these enterprises.

Official expertise of mortgage valuation assessments reports of the Deposit Guarantee Fund, and the NBU's statement on the use of refinancing to pay off depositors now refute the charges publicly raised by NABU to a businessman. Oleg Bakhmatyuk himself has repeatedly stated his readiness to repay bank loans using the restructuring mechanism.