Ursula von der Leyen says sanctions will remain linked to the full implementation of Minsk Agreements and must be prolonged at the next EU Council meeting. 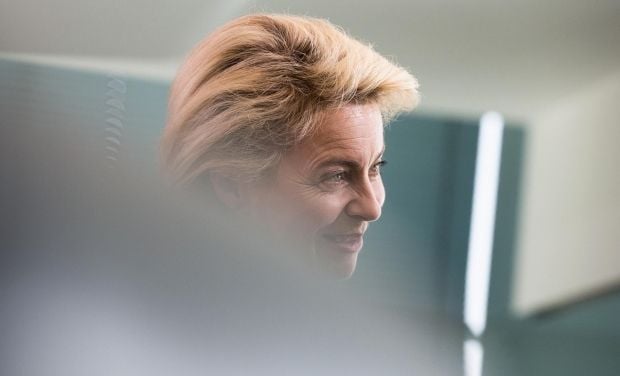 President of the European Commission during a phone conversation with President of Ukraine Volodymyr Zelensky said she supported prolongation of Russia sanctions that are due to expire on January 31, 2020.

Volodymyr Zelensky congratulated the leader of the European Commission on the beginning of the work of the new EC composition and wished success in the implementation of the identified priorities, according to the president's press office.

"I hope that the leading role of the European Union in supporting reforms and protecting Ukraine's territorial integrity and sovereignty will only be strengthened under your presidency," the head of state said.

Volodymyr Zelensky assured the president of the European Commission that the European integration course of the country was unchanged and informed of the results of intensification of reforms in Ukraine and implementation of the Association Agreement with the EU.

The leaders agreed to continue the implementation of the agreements reached during the 21st EU-Ukraine Summit. They discussed, in particular, the prospects of concluding an agreement between Ukraine and the European Union on the so-called industrial visa waiver and the visit of the respective evaluation mission to Ukraine early next year.

Ursula von der Leyen confirmed the EU’s willingness to further support our country in the process of reforms and cooperate in the context of the provision of macro-financial aid to Ukraine.

In addition, the presidents discussed the security situation in Donbas. Volodymyr Zelenskyy informed the President of the European Commission about the preparations for the meeting in the Normandy format.

Ursula von der Leyen assured that the EU would continue its unconditional support for Ukraine’s sovereignty and territorial integrity.

"The EU sanctions will remain linked to the full implementation of the Minsk agreements and should be extended during the next European Council meeting," she said.

The leaders agreed on a timetable of political dialogue and priorities for bilateral cooperation in the coming months. Volodymyr Zelensky invited Ursula von der Leyen to visit Ukraine in the near future.

If you see a spelling error on our site, select it and press Ctrl+Enter
Tags:RussiasanctionsZelenskyvon der Leyen