They discussed the creation of an inter-parliamentary group, 'Friends of Ukraine STOP Corruption.' 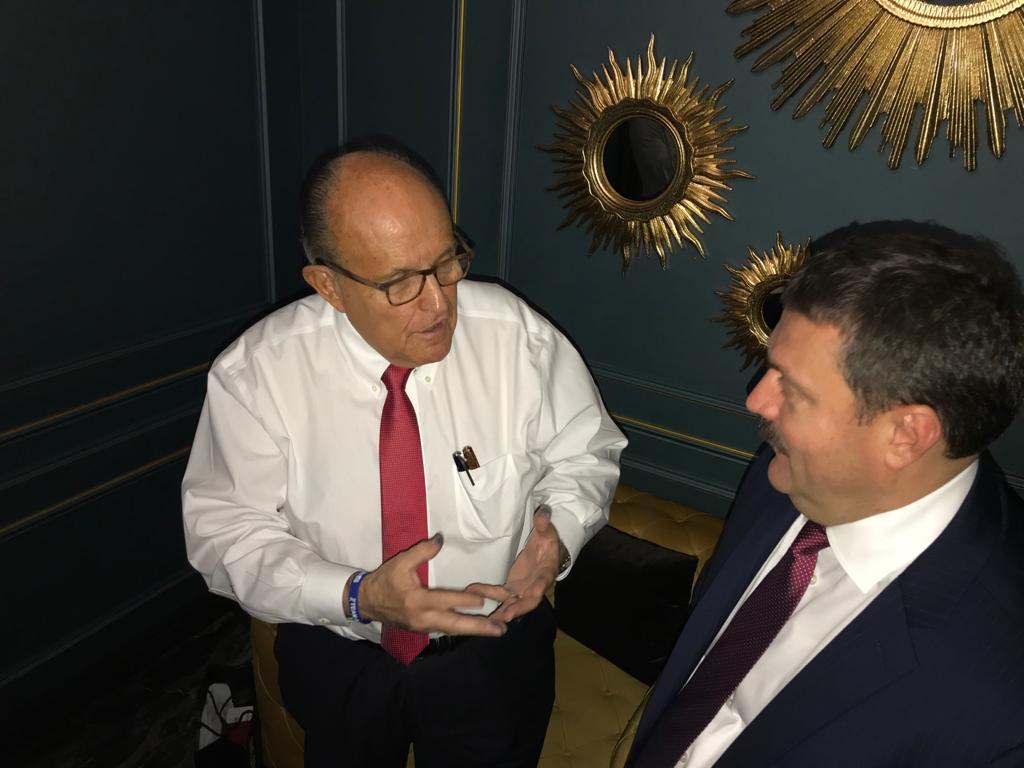 "Rudolph Giuliani arrived in Kyiv. We immediately met with him on the creation of an inter-parliamentary group, 'Friends of Ukraine STOP Corruption,'" Derkach wrote on Facebook on December 5.

According to the MP, it is about the inefficient use of U.S. funds by Ukraine's government agencies.

"Giuliani's participation in creating this group will be very useful. In particular, he can help involve international experts, analysts, and journalists in the group," the lawmaker said.

Derkach claims that together with another Ukrainian MP Oleksandr Dubinsky, he sent a letter to a number of U.S. politicians calling for participation in the formation of the group.

Giuliani together with a crew from conservative cable channel One America News arrived in Kyiv on December 5. He said the Kyiv visit was linked to the TV news network's docuseries defending President Trump against the mounting impeachment inquiry against him.