The four leaders' meeting is scheduled for December 9. 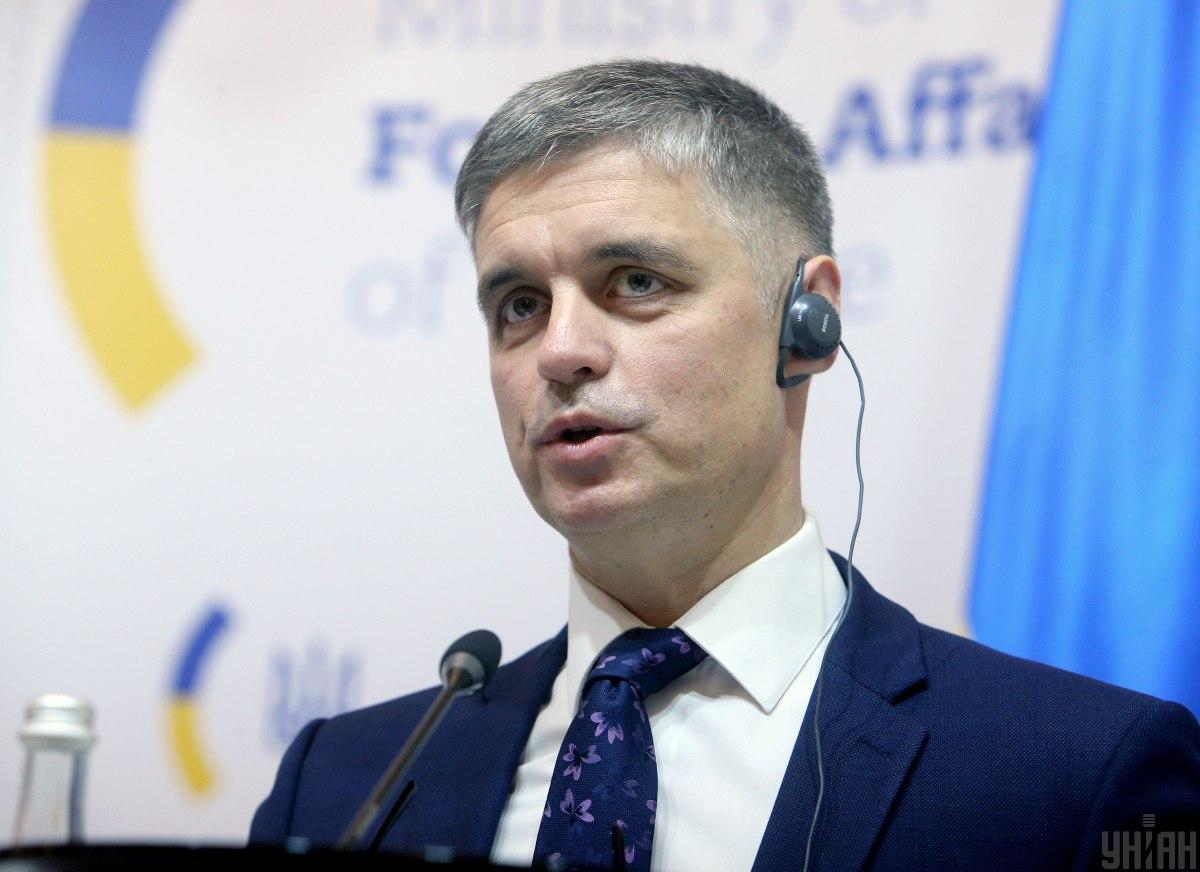 Ukrainian Minister of Foreign Affairs (MFA) Vadym Prystaiko says that peace, security and development of Ukraine as a democracy is the only goals President Volodymyr Zelensky is going with to the Normandy summit in Paris.

"During the negotiations tomorrow, we must first take into account the interests of all Ukrainians on both sides of the contact line drawn by Russian aggression and propaganda. Peace, security and development as a single democratic country are the only goals of the president and the entire team of negotiators [from Ukraine]," Prystaiko said on Twitter on December 8.

"A complete and permanent ceasefire, our control over the border of the single, indivisible state, disarmament and withdrawal of illegal armed groups, local elections under our legislation are the main elements of tomorrow's position. It makes no difference [whether these issues will be discussed] at the common negotiating table or a one-on-one [meeting]," he said in another tweet later.

As UNIAN reported earlier, Paris will host a Normandy summit on Monday, December 9. The leaders of the so-called Normandy summit – Ukraine, France, Germany, and Russia – will hold talks on how to bring peace back to Donbas.

This is the first summit in the past three years that is aimed at facilitating the implementation of the Minsk peace agreements on Donbas. In addition, in Paris, President Zelensky is scheduled to hold a one-on-one meeting with his Russian counterpart Vladimir Putin.

If you see a spelling error on our site, select it and press Ctrl+Enter
Tags:DonbasNormandyFourtalksMFAUkrainepeaceParisPrystaikoZelensky