The Ukrainian president is expected to meet with his Russian counterpart later today. 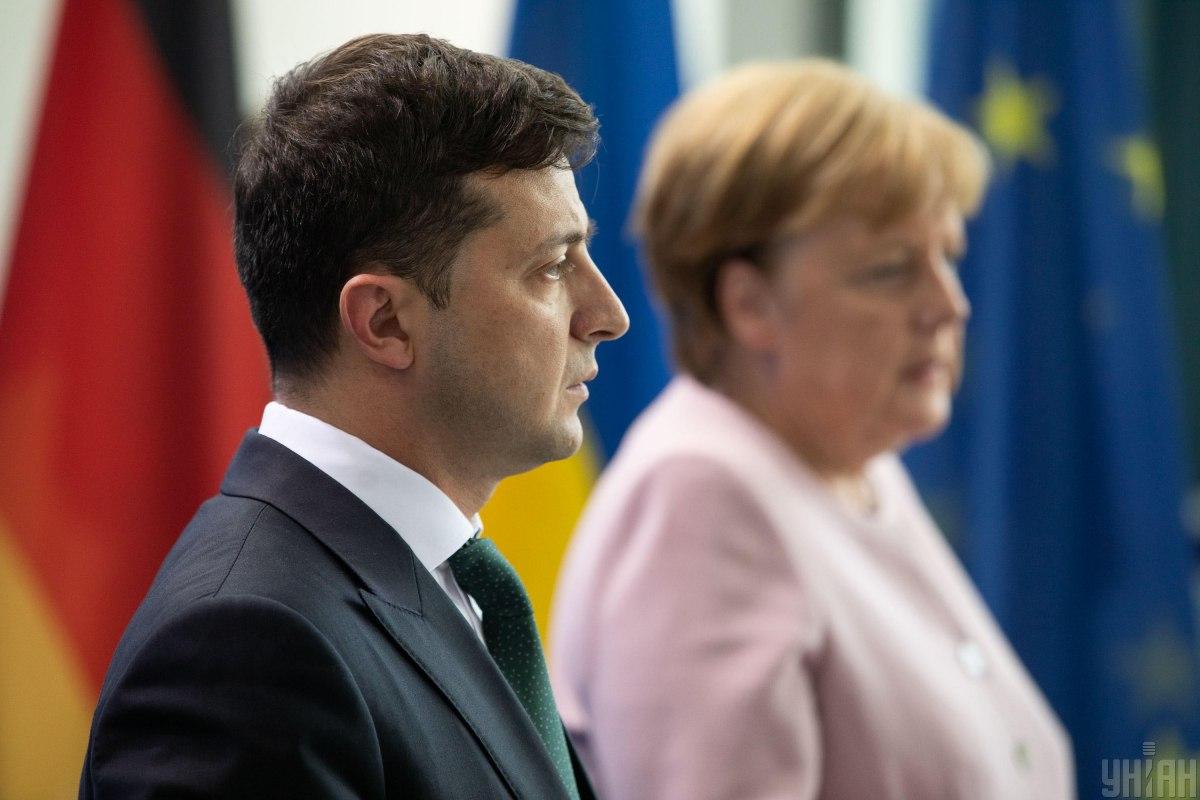 Zelensky is meeting with Merkel on Monday/ Photo from UNIAN

A meeting between Ukrainian President Volodymyr Zelensky and German Chancellor Angela Merkel has started in Paris as part of a Normandy summit.

Prior to that, Zelensky met with his French counterpart Emmanuel Macron, the Office of the President of Ukraine said on Telegram.

Macron, as the leader of the host country, briefed Zelensky on the agenda and format of the negotiations.

It will be followed by a meeting of the four leaders. A press conference is planned on the results of the Normandy negotiations.

As was reported, Paris on Monday is hosting a Normandy meeting to settle the situation in Donbas, eastern Ukraine. For the first time in three years, the leaders of Ukraine, Germany, France, and Russia are meeting at the negotiating table to facilitate the implementation of the Minsk peace agreements on Donbas.