The summit began in Paris on Monday. 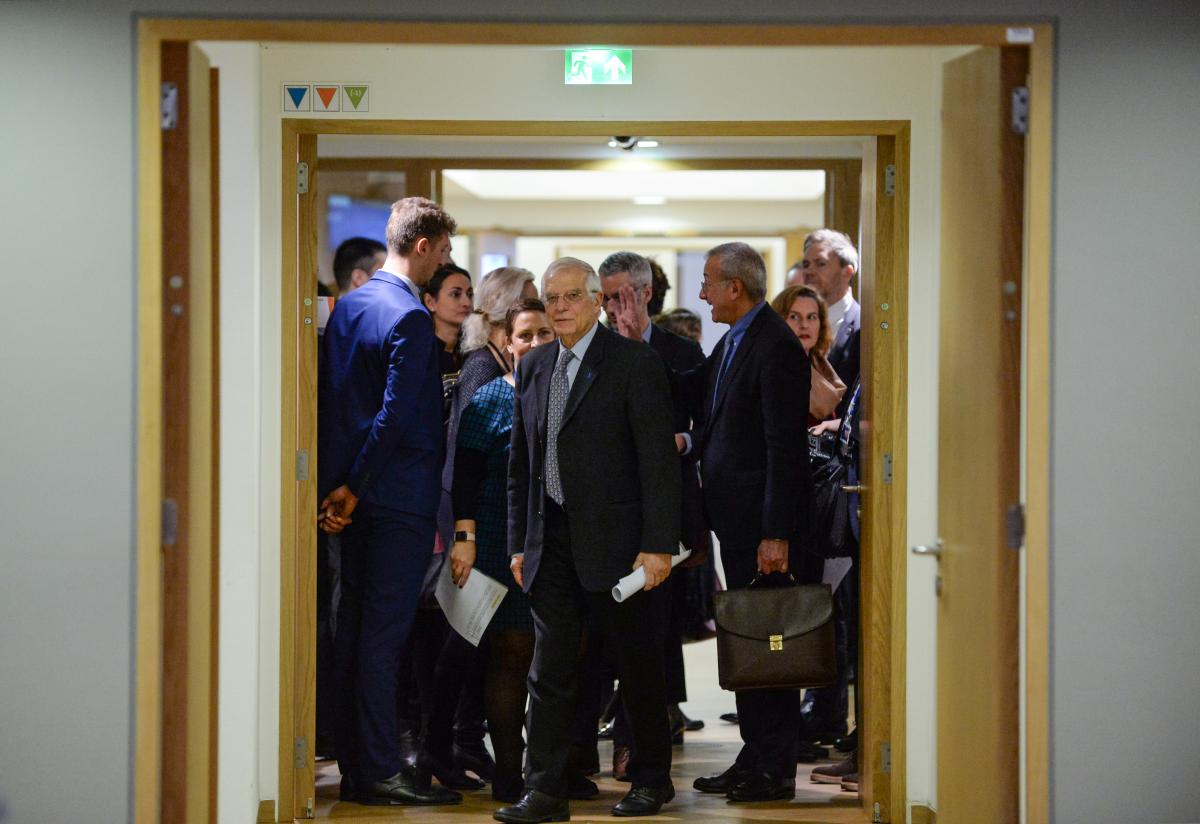 The European Union hopes that a Normandy summit – a meeting of the leaders of Ukraine, Russia, France, and Germany – will become another step towards a peaceful solution to the Donbas conflict.

"We've also touched upon Ukraine and the Normandy Four summit, which is taking place in Paris as we're speaking now. I think we have positive momentum that needs to be used. There has been some improvement – the disengagement [of forces and weapons], and I hope that today's summit will be another step towards a sustainable and peaceful solution to the conflict," EU High Representative for Foreign Affairs and Security Policy Josep Borrell said at a press conference after a Foreign Affairs Council meeting in Brussels on December 9.

As UNIAN reported earlier, the Normandy summit of four leaders – Volodymyr Zelensky of Ukraine, Vladimir Putin of Russia, Angela Merkel of Germany, and Emmanuel Macron of France – has begun in Paris.

Zelensky is set to negotiate the exchange of prisoners of war, a ceasefire and withdrawal of illegal armed formations from Donbas, eastern Ukraine.

If you see a spelling error on our site, select it and press Ctrl+Enter
Tags:NormandyFourEuropeanUnionNormandyJosep Borrell