Prystaiko: Work on Steinmeier formula to continue, there will be no federalization

The foreign minister stressed that Donbas and Crimea are integral parts of a unitary Ukrainian state. 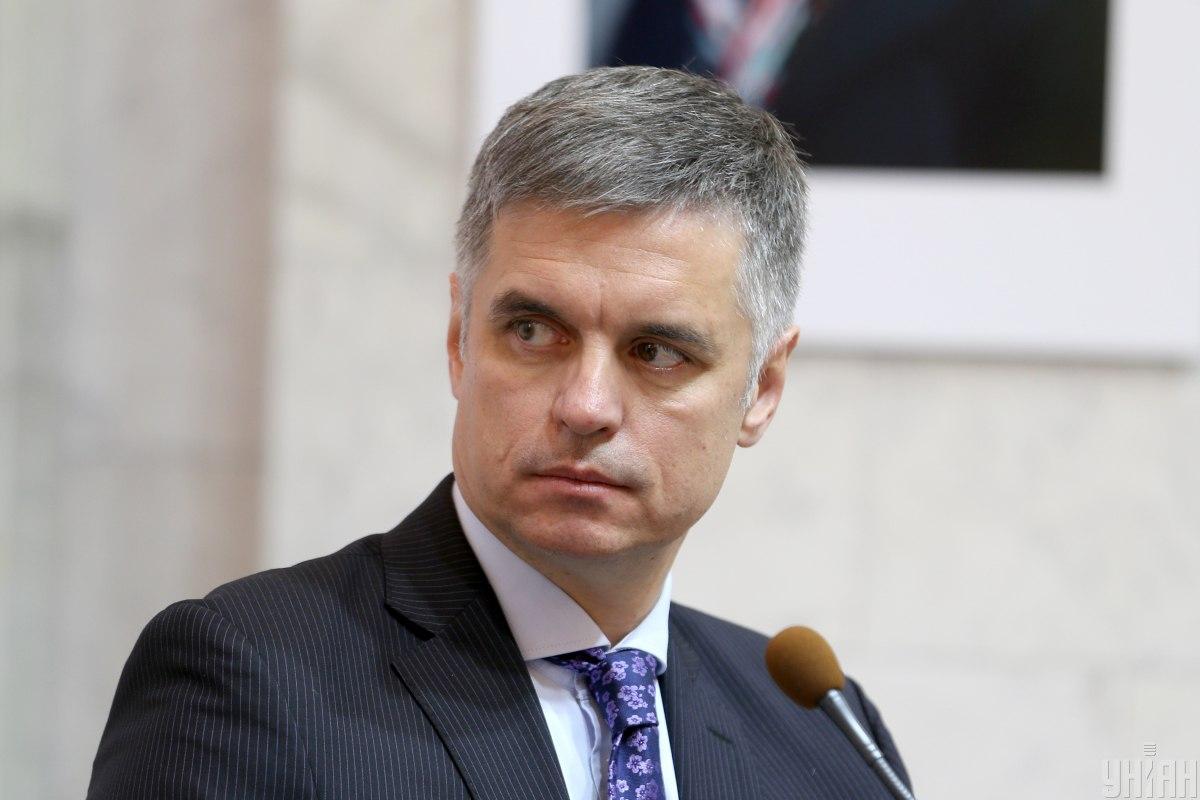 Ukrainian Foreign Minister Vadym Prystaiko says that work on the implementation of the so-called "Steinmeier formula" will continue and there will be no federalization of Ukraine.

"Working to implement the 'Steinmeier formula.' No federalization. Ukraine is a unitary state. Donbas and Crimea are Ukraine," he wrote on Twitter on December 10, commenting on the outcome of the Normandy Four summit in Paris on December 9.

In particular, it includes a full and comprehensive ceasefire before the end of 2019, which will be monitored by the OSCE Special Monitoring Mission with an expanded mandate. "We expect it will work 24/7," he said.

Prystaiko also noted the mutual release of detainees on the principle "all identified for all identified" by December 31. "The plan is to complete this as soon as possible on the principle of 'all for all.' To this end, we agreed the [International Committee of the] Red Cross and other humanitarian organizations should be granted access [to the detainees]," the minister added.

In addition, he mentioned the further withdrawal of troops in three more sectors along the contact line.

"Local elections [must be held] only under Ukrainian laws and in line with OSCE standards. Our position on border control is unchanged. We should gradually move in this direction. The next meeting will be in four months," the minister added.

As UNIAN reported earlier, Ukrainian President Volodymyr Zelensky on October 1 said the Ukrainian side at Trilateral Contact Group (TCG) talks in Minsk had responded to a letter from Special Representative of the OSCE Chairperson-in-Office in Ukraine and in the TCG, Ambassador Martin Sajdik that the "Steinmeier formula" on the peace settlement in Donbas was "pending approval."

"We responded to Mr. Sajdik's letter that we have been in the process of approval of the wording of the 'Steinmeier formula'," Zelensky said.

"The 'Steinmeier formula' should be incorporated in a new law on special status [the law on special provisions of local government in certain districts of Donetsk and Luhansk regions], which is not ready yet," Zelensky said.

The current law on Donbas' status expires after December 31, 2019.

The president emphasized the Verkhovna Rada would develop a new bill in close cooperation and in public discussion with the society, while not a single "red line" will be crossed.

On October 16, Zelensky said it was too early to talk about the implementation of the "Steinmeier formula" in the new law on "special status" before a full ceasefire, a prisoner swap and the disengagement of forces.

On the early hours of December 10, Zelensky said the law on the special order of local self-government in certain areas of Donetsk and Luhansk regions would be extended for a year in its current version. According to the president, the "Steinmeier formula" would not be enshrined in the law yet.

If you see a spelling error on our site, select it and press Ctrl+Enter
Tags:DonbasNormandyFourtalkspeacePrystaikoSteinmeierSteinmeier Formula