Current Polish President Bronisław Komorowski is back in the lead ahead of the second round of voting in the Polish presidential elections, according to a new poll. 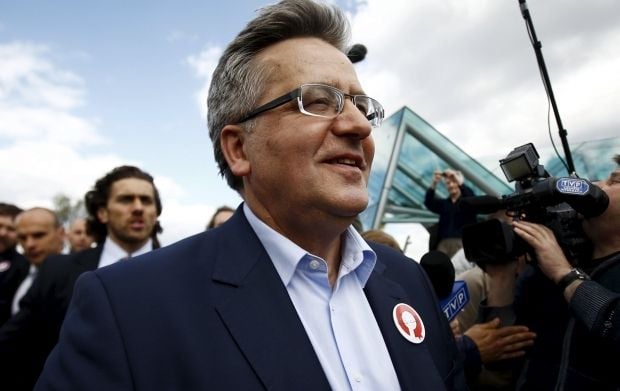 Current Polish President Bronisław Komorowski is back in the lead ahead of the second round of voting in the Polish presidential elections, according to a new poll.

The poll was carried out by Millward Brown SA for Polish online newspapers Fakty TVN and TVN24, a UNIAN correspondent in Poland reported on Tuesday.

A total of 47% of respondents are ready to support the current head of state, while 44% of respondents will vote for the candidate of the largest opposition party Andrzej Duda, in next Sunday’s runoff vote.

A total of 9% of voters have not yet decided for whom they will vote in the second round.

According to Polish media, Komorowski got a ratings boost after his successful televised debate with Duda.

Komorowski, who had been the favorite candidate going into the campaign, suffered a shock defeat in the first round to Duda, the incumbent president coming second to his conservative challenger.

As UNIAN reported earlier, the first round of presidential elections was held in Poland on May 10. No candidate managed to win over 50% of the vote to win outright in the first round. A second round of voting between the top two candidates will be held in the country on May 24.