The Cabinet of Ministers will have the final say on the appointment. 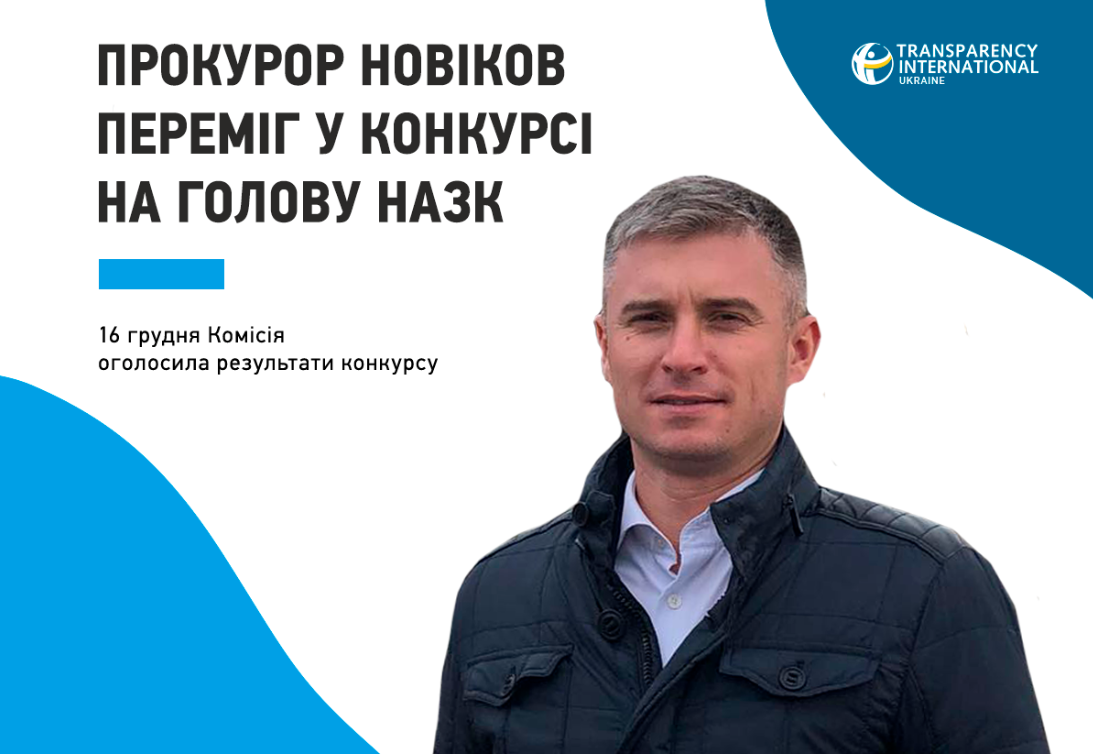 Prosecutor of the Law Observance Oversight Department Oleksandr Novikov has won a competition for the post of National Agency on Corruption Prevention (NACP) chief.

"On December 16, the NACP Selection Commission's head announced the winner's name. This is Oleksandr Novikov. He is a prosecutor of the Law Observance Oversight Department at the Prosecutor General's Office. To date, one of his high-profile cases in court concerns possible falsification of the results of external independent evaluation," Transparency International (TI) Ukraine reported.

"Such a decision of the commission members means this candidate has the best professional experience, knowledge and qualities for the post of NACP's head among all applicants, as well as meets the criteria of competence and integrity. Now the commission should make a submission to the Cabinet of Ministers for the appointment of the nominee as NACP's head. Later, the Cabinet of Ministers will decide," legal adviser to TI Ukraine Oleksandr Kalitenko said.

The selection process lasted from November 8 to December 16, 2019, and took place in several stages: application submission, document evaluation and candidate testing, and individual interviews. Overall, 30 candidates participated in the competition, of whom 25 are male, 20 are less than 45 years old, 22 have a degree in law, six have PhD degrees and 29 are from Kyiv.