The document will enter into force on January 1, 2020. 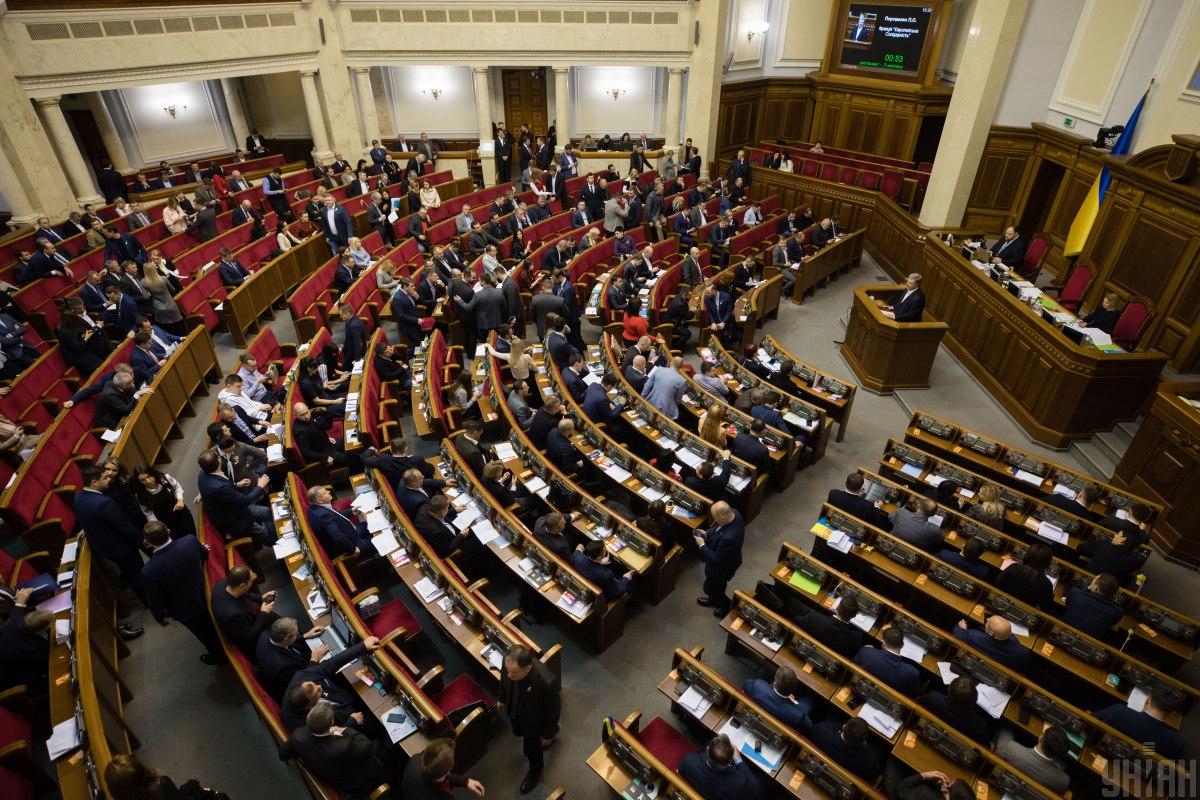 A bill stripping Ukrainian lawmakers of immunity from prosecution on Wednesday passed its second reading.

Relevant bill No. 2237 was backed by 291 MPs registered in the session hall.

The document will enter into force on January 1, 2020.

As UNIAN reported earlier, the parliament passed the bill in the first reading on December 3. The decision was backed by 253 MPs.

The bill introduces amendments to the Criminal Procedure Code of Ukraine, which is supposed to exclude the norms on parliamentary immunity.

The bill provides that a motion seeking permission to detain, choose preventive measure in the form of detention or house arrest, search, violation of confidentiality of correspondence, phone conversations, telegraph and other correspondence, as well as the application of other measures, including secret investigative (search) actions that, in accordance with the law, restrict the rights and freedoms of a Ukrainian lawmaker, the consideration of which is referred to the authority of an investigating judge, must be supported by the prosecutor general (or acting prosecutor general).

At the same time, taken decisions can be appealed.

The bill also introduces amendments to the law on the status of a Ukrainian Member of Parliament, which provides for specifics of the legal liability of a lawmaker. They stipulate a lawmaker is not legally liable for the results of voting or statements in parliament and its bodies, with the exception of liability for insult or defamation (the relevant norm is provided by the Constitution of Ukraine).

If you see a spelling error on our site, select it and press Ctrl+Enter
Tags:UkrainebillParliamentliftingparliamentaryimmunityVerkhovnaRada