US to strengthen its support for Crimean Tatars

The United States will continue to provide and even strengthen its support for "all Crimeans who became victims of the Russian aggression," U.S. Ambassador to Ukraine Geoffrey R. Pyatt has told local newspaper Krym.Realities. 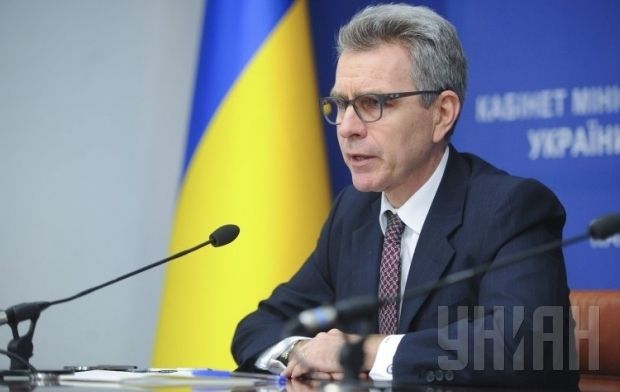 According to him, the support concerns all residents of the Russian-occupied Ukrainian territory of Crimea, although the Crimean Tatars will be given "special attention" by the United States.

"Special attention is paid to supporting the Crimean Tatars, and I am proud to have known Mustafa Dzhemilev and other leaders of that people," Pyatt stated.

"We certainly acknowledge the bravery of the Crimean Tatars. One of my favorite photos of last year is the photo of [U.S. President] Barack Obama and Mustafa Dzhemilev on the Anniversary of Solidarity in Warsaw, which I also attended," he added.

Pyatt also noted "firmness of the position" of Ukrainian President Petro Poroshenko and Prime Minister Arseniy Yatseniuk with regard to the Crimean issue.

"Crimea has been and remains a part of Ukraine - the U.S. position on this issue will not change. The sanctions that we have imposed on Russia in connection with the invasion and subsequent annexation of the Crimea remain in force. On this point there is no doubt," the ambassador said.

On March 16, 2014 a sham referendum on the status of the peninsula was held in Crimea and Sevastopol, after which Russia illegally annexed the Ukrainian territory.