Prystaiko on MFA's work in 2019: Key task to defend peace on Ukraine's terms

It's about peace in a united and indivisible Ukraine, whose borders are defined by internationally recognized borders. 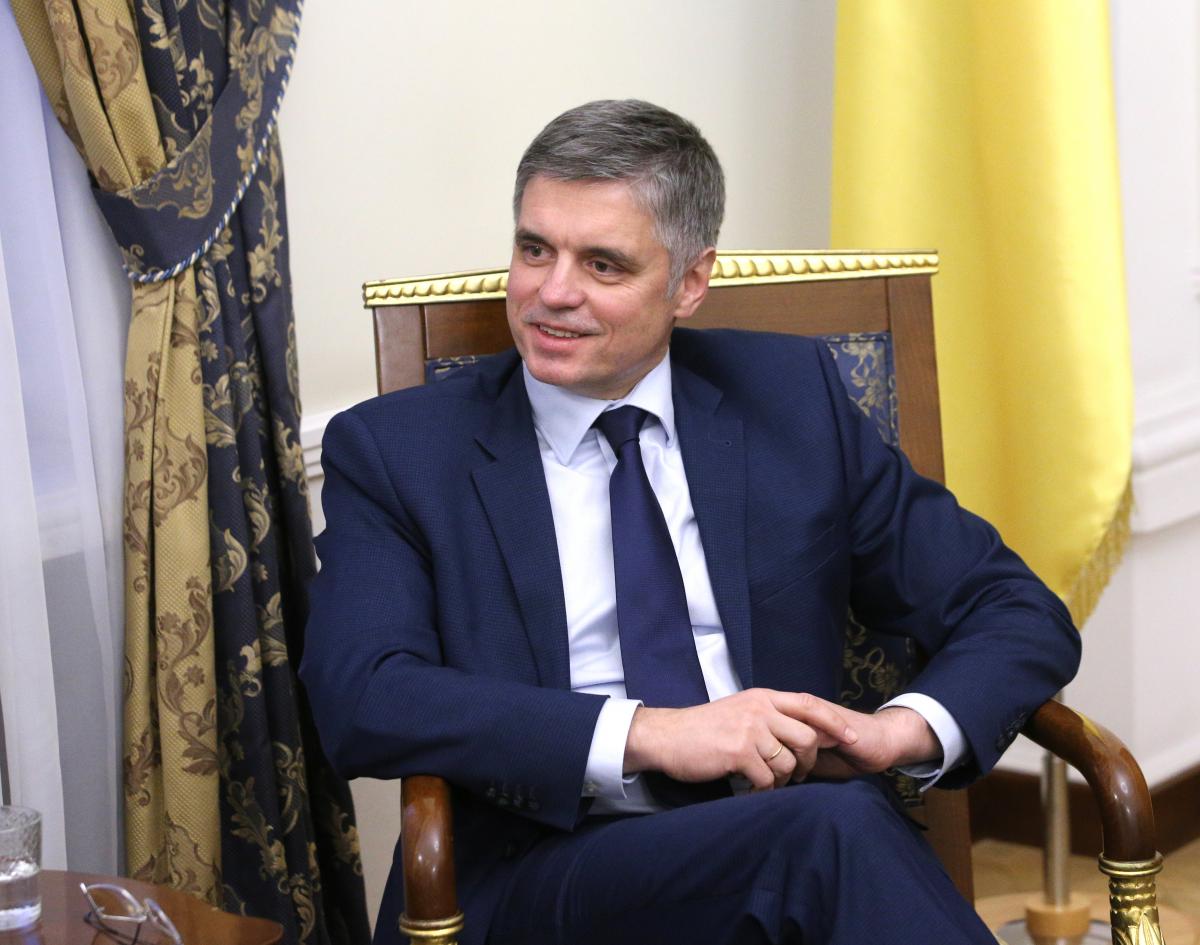 Minister of Foreign Affairs of Ukraine Vadym Prystaiko declares that the key task of the foreign ministry is to uphold peace on Ukraine's terms.

In a Twitter post, the top diplomat reported on the results of the foreign ministry's work over the year.

"We are working to ensure that Ukrainians are home, not in Russian or occupation [administration's] prisons. We have restored the Normandy format at the level of leaders. The first, and main result now is 76 Ukrainians having been returned from captivity," the minister said.

"We stand for international law to prevail. We work to prove that the Russian Federation violates human rights, the rights of Ukrainians, and the rights of national minorities in the occupied territories, and also sponsors terrorism. The right start has been made. Pro-Ukrainian 'Crimean' UN resolutions also testify to this," the minister stressed.

At the same time, Prystaiko noted that the Ministry of Foreign Affairs has been working to prove that Ukraine is a reliable gas transit state, while projects like Nord Stream 2 are political attempts to bypass Ukraine.

"Naftogaz’s unbundling and the receipt of compensation from Gazprom are important victories in this direction. These are victories, first of all, for the sake of our economy," the minister said.

The foreign minister said that work was ongoing to ensure safety of Ukrainian citizens, including in Russia.

"From March 1, travel to the Russian Federation will be with biometric passports only. No fakes, no child's certificates without photos. A digital database, maximum convenience and safety," Prystaiko said.

The Foreign Ministry is working so that Ukrainians can seek help around the world in new consulates that are being opened. "Where we do not have full-time consuls, honorary ones will help. We have opened eight new honorary consulates – from Mongolia to France. The consul should be nearby," the minister added.

He also said that the Foreign Ministry is working to ensure that Ukrainians can travel the world without visas. "We have signed, enforced or expanded relevant treaties with Ecuador, Colombia, the Marshall Islands, Mongolia, Argentina, Sri Lanka, and the Dominica," Prystaiko recalled.

"We are working to make Ukrainian business feel confident abroad, and our partners know that Ukraine is a place where it is safe and profitable to invest right now. The economization of foreign policy is our priority," the minister said.

He added that the Foreign Ministry is working to promote Ukrainian culture worldwide and present Ukraine as an interesting modern country.

"This year, more than 400 cultural events were held abroad. The main thing for 2019 in this direction: we successfully held a diverse and eventful Year of Ukrainian culture in Austria," Prystaiko summed up.

If you see a spelling error on our site, select it and press Ctrl+Enter
Tags:RussiaDonbasvisafreetravelMFAUkrainePrystaiko