It contends the release of the documents sought by The Times, would "inhibit the frank and candid exchange of views" in government decision-making. 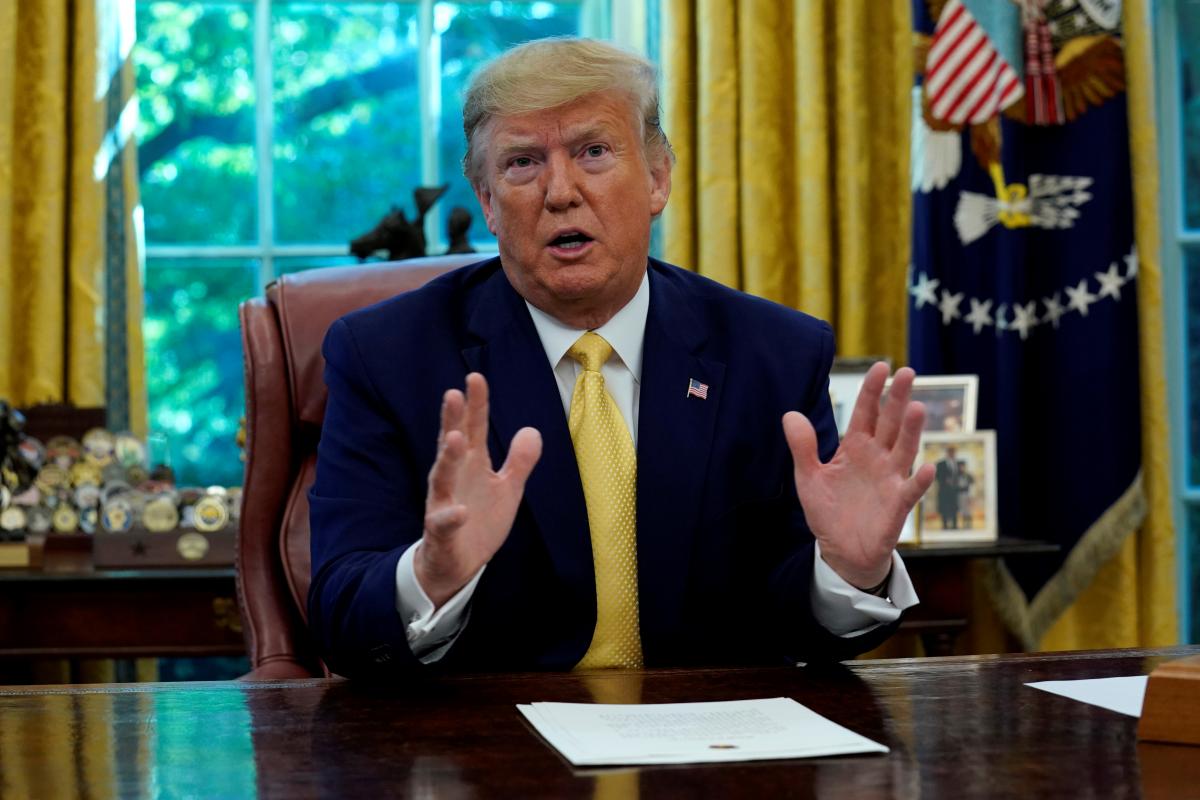 The Trump administration disclosed on Friday that there were 20 emails between a top aide to President Trump's acting chief of staff and a colleague at the White House's Office of Management and Budget discussing the freeze of a congressionally mandated military aid package for Ukraine.

"All 20 documents are being withheld in full," wrote Dionne Hardy, the office's Freedom of Information Act officer.

The Times's information act request sought email messages between Robert Blair, a top aide to Mr. Trump's acting chief of staff, Mick Mulvaney, and Michael Duffey, an official in the White House's Office of Management and Budget who was in charge of handling the process for releasing US$391 million in weapons and security assistance Congress had appropriated to help Ukraine resist Russian aggression.

In her letter, Ms. Hardy cited exemptions to the Freedom of Information Act for correspondence involving the president's staff and internal policy deliberations, suggesting that the disclosure of this material would "inhibit the frank and candid exchange of views that is necessary for effective government decision-making."

David McCraw, a lawyer for The Times, said the newspaper would challenge the blanket withholding of the documents and would ask the judge overseeing the lawsuit, Judge Amy Berman Jackson, to approve an expedited schedule for briefs and arguments given the urgent public interest in learning more about the dispute.

The heart of the accusation against Mr. Trump is that he abused his official powers, including withholding a promised White House meeting and congressionally mandated military aid, in an attempt to coerce Ukraine's president into announcing investigations that could deliver personal political benefits to Mr. Trump.

In October, the Democratic-led House Intelligence Committee had also subpoenaed the Office of Management and Budget for all Ukraine-related documents, but the White House refused to produce them. It also instructed several key current and former officials with inside knowledge of the episode not to testify.

Read alsoTrump calls on Merkel, Macron to put up more money to Ukraine

Senator Chuck Schumer of New York, the Democratic leader, has portrayed Mr. Blair and Mr. Duffey as two of the four key witnesses he believes the Senate should call in Mr. Trump's impeachment trial, along with Mr. Mulvaney and John R. Bolton, Mr. Trump's former national security adviser. Senator Mitch McConnell, Republican of Kentucky and the majority leader, has expressed opposition to calling witnesses and again criticized the House investigation on Friday.

The Trump administration's move to withhold all the emails in full — not even disclosing the dates they were sent, or the shape of paragraphs covered by black lines — is a step beyond its heavy censorship of a related set of emails it released in response to another Freedom of Information Act lawsuit brought by the Center for Public Integrity.

The documents released to the center consisted of about 300 pages of emails between the Office of Management and Budget and the Pentagon about the Ukraine aid package. While the officially released version was heavily redacted — and the center is contesting the censorship in further litigation — the visible portions showed, among other things, that Pentagon officials had worried that holding the funds could be an illegal impoundment.

A report on Thursday by the legal policy website Just Security added further fuel to the controversy by revealing what was under some, but not all, of the deletions. The website said it had been shown some of the emails in unredacted form, including an Aug. 30 message from Mr. Duffey to a Pentagon budget official stating that there was "clear direction from POTUS" — an acronym referring to the president of the United States — "to continue to hold" the Ukraine military assistance.

The Times separately reported this week that Mr. Blair warned Mr. Mulvaney to "expect Congress to become unhinged" if the White House went ahead with the hold on the aid.

Earlier on Friday, Mr. Schumer went to the Senate floor to praise the reporting by The Times, the Center for Public Integrity and Just Security as an additional reason for the Senate, as part of Mr. Trump's trial, to seek documents and testimony that the White House had blocked House impeachment investigators from obtaining.

"What constituted clear direction?" Mr. Schumer asked. "Did he get an order from the president, or did someone like Mr. Mulvaney get an order from the president passed on to Mr. Duffey? Was there discussion among officials about covering up for the president in delay of military assistance? These are questions that can only be answered by examination of the documentary evidence and by the testimony of key Trump administration officials under oath in a Senate trial."

At least four collections of emails have now been released, or shared with reporters, detailing correspondence between White House officials and their counterparts at the Office of Management and Budget or the Defense Department.

Over all, these exchanges show growing tension between the White House and the Pentagon in late August and early September, as Defense Department officials questioned if they would be able to spend all of congressionally appropriated military aid to Ukraine before the deadline at the end of the fiscal year on Sept. 30.