The Ambassador of Ukraine emphasized that the revival and preservation of the national memory of the Ukrainian people is one of the main priorities of the state policy of Ukraine. 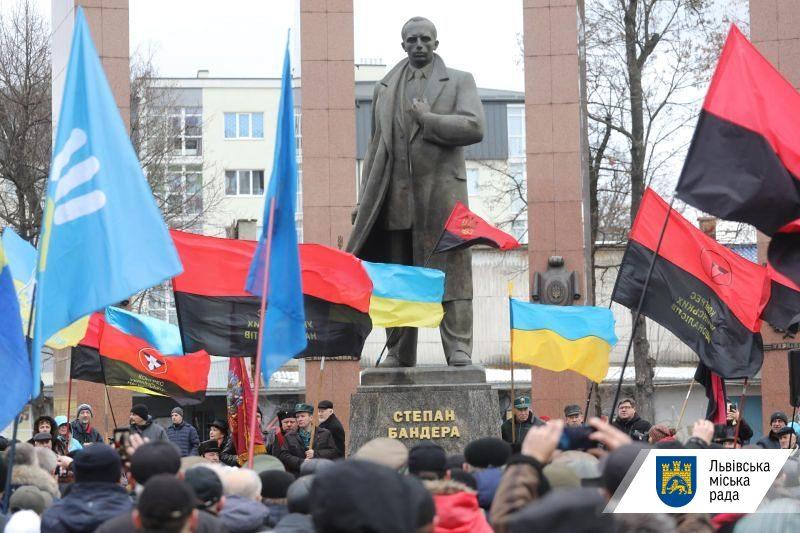 Ambassador of Ukraine to Israel Hennadii Nadolenko has told Israeli diplomats that discussing historical figures who were members of the Organization of Ukrainian Nationalists (OUN) and the Ukrainian Insurgent Army (UPA) is counterproductive.

"On January 9, Mr. Hennadii Nadolenko, Ambassador of Ukraine to Israel, during the meeting at the Ministry of Foreign Affairs of Israel brought to the attention of the Israeli side the Ukrainian position, that the public debate held by Mr. Joel Lion, Ambassador of Israel to Ukraine, on internal issues of Ukrainian politics, in particular in the context of the joint statement by the Ambassadors of Israel and the Republic of Poland to Ukraine, dated 2 January 2020, is counterproductive," the Embassy of Ukraine in the State of Israel wrote on Facebook.

The Ambassador of Ukraine emphasized that the revival and preservation of the national remembrance of the Ukrainian people is one of the main priorities of Ukraine's state policy.

According to him, discussions in this area should be held at the level of historians and experts.

As UNIAN reported earlier, on January 2, the ambassadors to Ukraine of Poland and Israel expressed concern over the events in Ukraine commemorating OUN and UPA leaders. Diplomats said  the activities of OUN and UPA leaders should be condemned.

On January 8, MFA Ukraine summoned Poland's ambassador over the statement.

If you see a spelling error on our site, select it and press Ctrl+Enter
Tags:IsraelUPAOUNambassadorNedolenkoLion