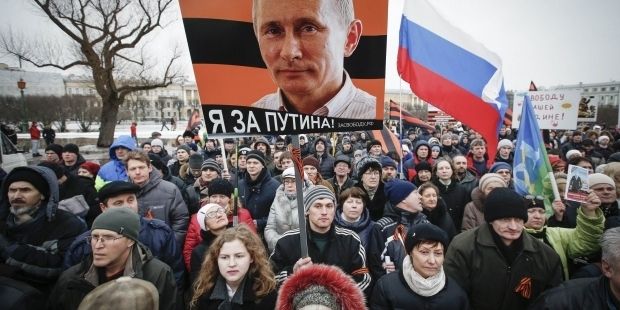 According to the report, 86% of respondents said in May 2015 that they approved of the president’s policies.

A total of 60% of respondents believe that things in Russia are "going in the right direction," the opposite opinion is shared by 23% of respondents, and 17% couldn’t answer.

The activities of Prime Minister Dmitry Medvedev as head of the Russian government are approved by 63% of respondents, 36% do not approve them, and only 1% of respondents didn’t answer.