The president left his condolences in the book of memory. 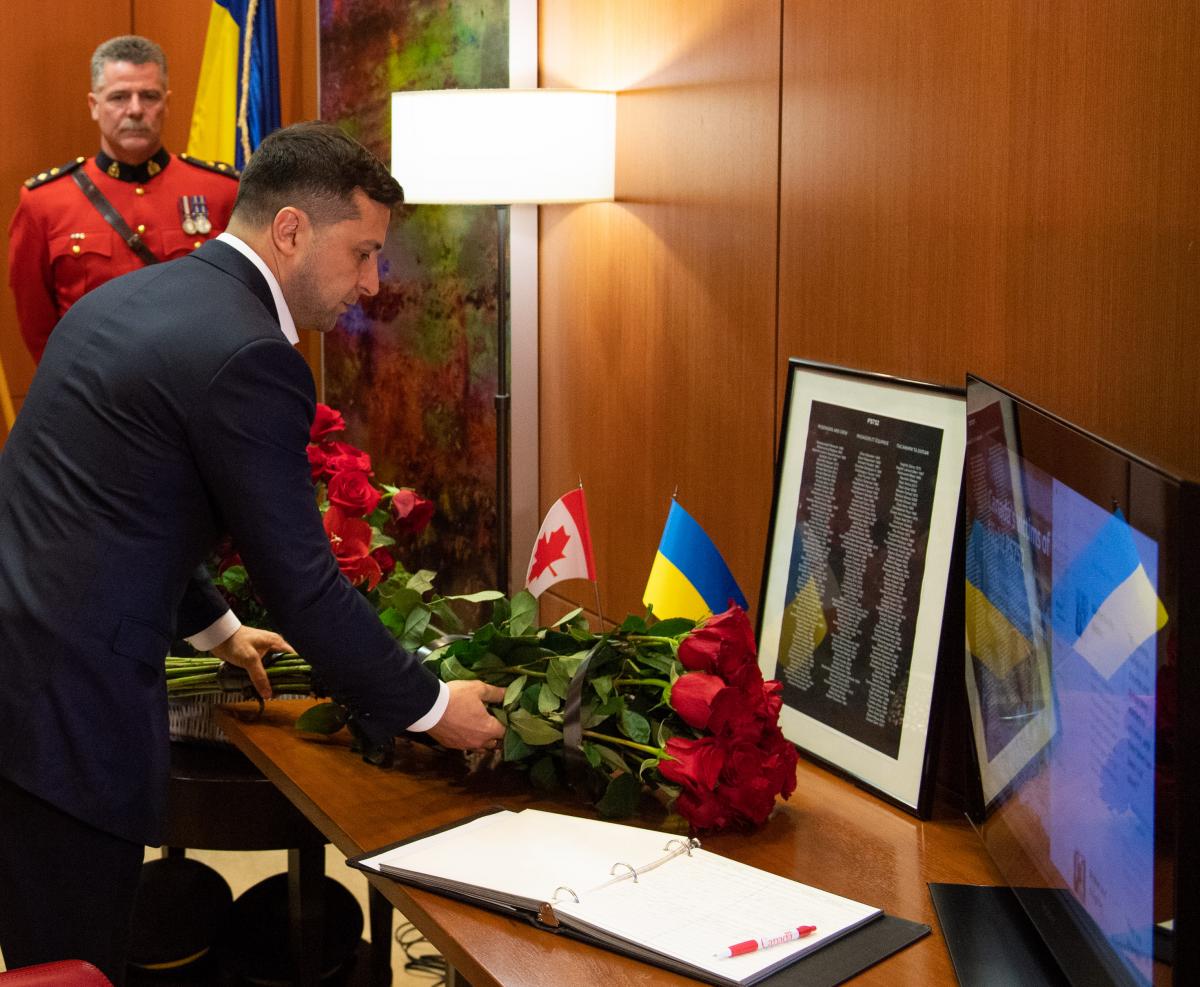 Ukrainian President Volodymyr Zelensky has visited the Canadian Embassy in Ukraine to honor the memory of the Canadian citizens killed in the Ukraine International Airlines (UIA) flight PS752 crash in Iran on January 8.

He left condolences in the book of memory at the embassy near the list of the victims' names, according to the president's press service.

According to Zelensky, historically, Ukraine and Canada have a lot in common, and now the two friendly countries are unfortunately united by a common grief.

The president also expressed his condolences to the Canadian people over the tragedy in a conversation with Ambassador Extraordinary and Plenipotentiary of Canada to Ukraine Larisa Galadza.

Zelensky said that 45 Ukrainian specialists had been sent to Iran to participate in the investigation into the causes of the plane crash. Some of them have already returned to Ukraine. At the same time, 10 experts remain in Tehran and continue their work.

Ambassador Galadza thanked Ukraine for its cooperation in the investigation. The parties agreed that the truth would have to be established in that matter.

The president also informed about his meeting with relatives of Ukraine's victims of flight PS752 and said they would be provided support from the Ukrainian government.

If you see a spelling error on our site, select it and press Ctrl+Enter
Tags:UkrainevictimsCanadaIranUIAembassyhonorplanecrashZelensky