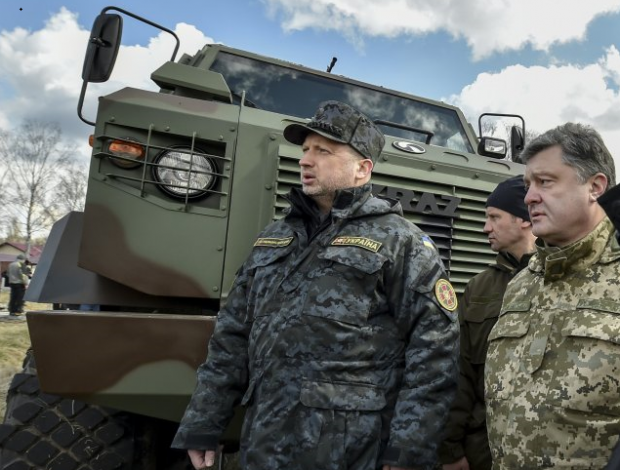 Turchynov announced this during a discussion on democracy and authoritarianism at the 8th Kyiv Security Forum, an UNIAN correspondent reported.

According to Turchynov, Russia continues to mass weapons and military hardware in Donbas and along the border, which indicates that it is doing everything to fail to implement the Minsk Agreements and may resume hostilities at any time it considers convenient.

"Hiding behind cynical talks that they contribute to a peaceful resolution, Russia continues to mass weapons, military hardware in the temporarily occupied territory of Ukraine. The Russian troops are being built up at the border with our country," Turchynov said.

He forecasts that in case of the resumption of hostilities in Donbas, the fighting will be more dangerous.

"One should speak clearly and be aware that when the fighting resumes, this will be at the most serious and dangerous level. These hostilities could escalate into a full continental war," the NSDC secretary said.