The prime minister addressed the recently leaked audio recording of his meeting with government officials, which he called tailored. 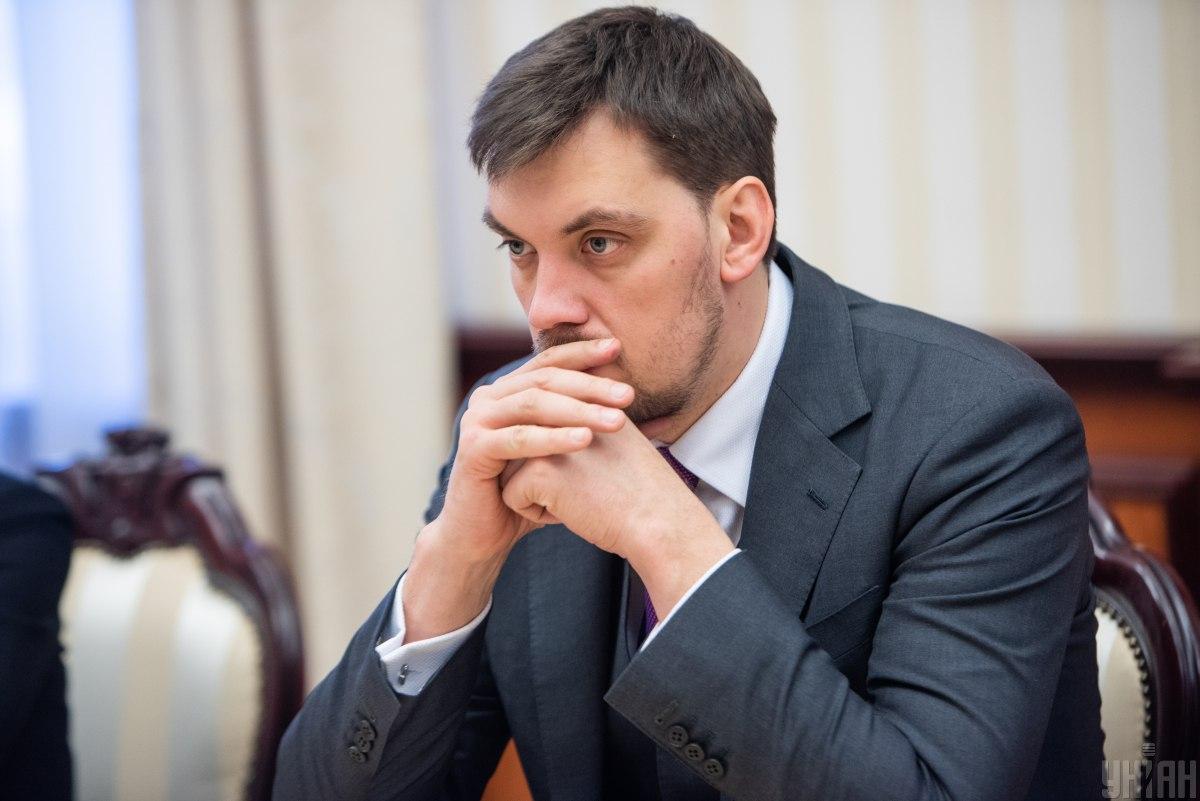 Honcharuk emphasized that he had come to the post to carry out the president's program since he is "a model of openness and decency."

"However, in order to remove any doubts about our respect and trust in the president, I wrote a letter of resignation and submitted it to the president who can submit it to parliament," he wrote on Facebook.

"He is a man to whom Ukrainians have expressed unprecedented confidence. And he has every right to evaluate the effectiveness of each member of his team that is changing the country," the prime minister said.

"In recent days, all of you have witnessed events unfolding around leaked files assembled from fragments of government meeting recordings. Their content artificially creates the impression that my team and I do not respect the president, who is our political leader," he added.

Creating such an impression is "beneficial to many influence groups that seek access to financial flows," Honcharuk stated, adding that "this is not true."

Honcharuk also said the government had prepared a serious foundation for the country's development in 2020, and listed the main areas.

"1. Next week we are launching the first state-owned online service package that will make people's lives easier from now on. This is the first step, which is by no means the last.

2. From February 1, an affordable lending program for entrepreneurs will be launched at 5/7/9%, and our goal is mortgage at 11-12% effective starting this autumn.

3. From March 1, we will launch our Big Construction program, which will allow repairing and building over 4,000 km of roads, ensuring quality upgrade of 100 schools, 100 kindergartens, 100 stadiums, and 200 emergency rooms.

4. We have adopted a healthcare guarantee program. From April 1, the government will fully compensate for the cost of childbirth, treatment of stroke, heart attack. We expanded the Affordable Medicine program, which now includes insulin.

5. We have prepared to launch privatization of over 500 unprofitable non-strategic enterprises, and this adds about UAH 12 billion (US$495.8 million) to the state budget.

6. The government will no longer overpay for external and internal obligations. Over the past month, we have attracted resources at 2.22% in euros and 9.88% in hryvnias. This is the best indicator for the last 10 years and an important factor for the growth of the entire economy," Honcharuk said.

According to the prime minister, "segment by segment, market by market – we are gradually restarting the entire economy."

Honcharuk says the main challenge is that the government must finally overcome corruption in the public sector.

"As for our team, I'll say frankly: this is a team of decent people. That is why I won't stop repeating this message: there's no corruption at the top government level. If any manifestations remained in place at lower levels, it was only because we hadn't yet managed to get to them," Honcharuk said.

He regretted that it was rather difficult to destroy within a few months those criminal schemes that had been built for decades.

"The main thing is that we don't have the right to stop, and we won't stop, no matter how much our opponents, who used to dwell in the shade, would want us to. Therefore, they use every opportunity to destroy people's trust in government," the prime minister said.

Read alsoPM Honcharuk on leaked audio recordings allegedly with his voice: "You do not scare us"

The President's Office Friday morning said Volodymyr Zelensky would consider the resignation letter. The decision will be announced separately.