Poroshenko: Language ceases to be factor that splits Ukraine

Over the last year, language has ceased to be a factor that divides Ukraine, Ukrainian President Petro Poroshenko said in an interview with Ukrainian TV channels on Thursday, according to an UNIAN correspondent. 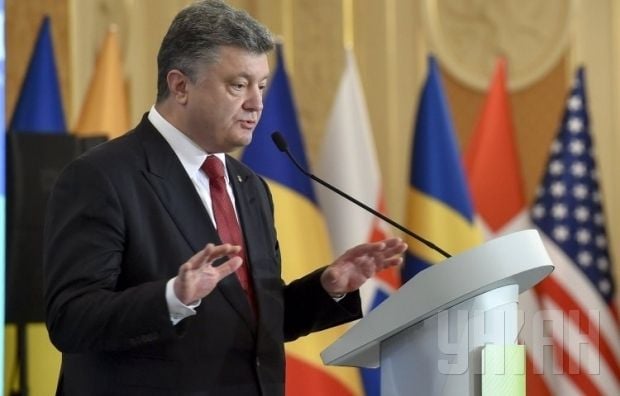 "What always split the state? The first factor is language. The conflict between Russian-speaking and Ukrainian-speaking people..." Poroshenko said.

"Over the last year, language has united our country and [now] keeps it together. It has ceased to be a factor that divides us," he said.

Ukrainian is Ukraine’s state language, but Russian is widely spoken in large parts of the country, especially in urban areas, and in the east and Crimea. Most Ukrainians are effectively bi-lingual in Ukrainian and Russian, and switch between the languages with ease, depending on whom they are talking with.