It’s time to make Azerbaijan, Belarus and Armenia a separate group in the EU’s Eastern Partnership policy, the representative of Ukraine to the EU, Ambassador Konstantyn Yeliseev,said on Friday during the eighth Kyiv Security Forum, according to an UNIAN correspondent. 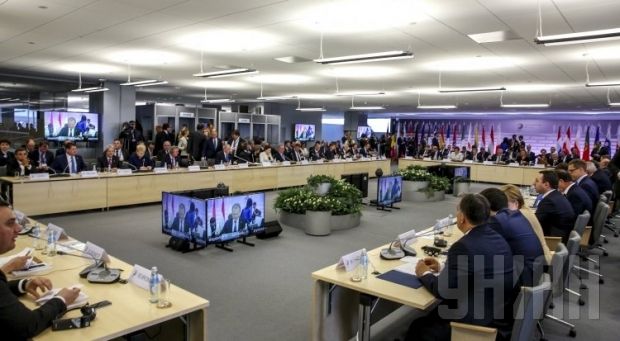 The diplomat drew attention to the policies that Georgia, Moldova and Ukraine might follow in confronting external threats.

"At first, we are able to provide a policy of differentiation in the framework of the Eastern Partnership," he said.

As UNIAN reported earlier, the Eastern Partnership program was founded in 2009. The project is a joint initiative of the EU and six partner countries in Eastern Europe and Southern Caucasus: Armenia, Azerbaijan, Belarus, Georgia, Moldova and Ukraine.

The Eastern Partnership program provides for political association and economic integration of the EU with its member countries.

Ukraine, Georgia and Moldova have already signed Association Agreements with the EU.