Yatsenyuk to Steinmeier: every day of Donbas war costs Ukraine up to $7 mln 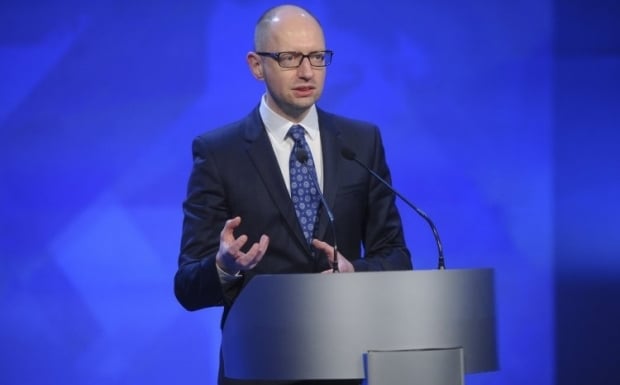 According to the Ukrainian premier, Ukraine has lost 65 out of its 90 coalmines, while the total losses account for about 20% of the country's aggregate economic potential.

"Every day of the [Donbas] war costs Ukraine from $5 million to $7 million, and nobody gives us this money. Nobody covers our military costs," he said.

What is more, Ukraine has lost 65 out of its 90 coalmines because they are now under Russian-backed terrorists' control, he said. "We've lost 20% of the economy in total," he added.

Yatsenyuk claims Russia does not fulfill the conditions of the Minsk agreements. "If one goes to the Internet, there are dozens, even hundreds of photos and videos featuring what Russia continues to send there [the anti-terrorist operation zone], and military hardware is present in the zone of conflict," Yatsenyuk said.

"And if there is any side that is most interested in the restoration of peace in Donbas, it's Ukraine. Just imagine if, for example, part of Munich had moved to Berlin, and Munich had closed all the factories and stopped paying taxes. What would have happened to the German economy then? We've got 1.2 million people who have fled Donetsk and Luhansk, and they have to be paid social benefits. And we pay them," he said.

Ukrainian Finance Minister Natalie Jaresko earlier announced that each day of the war cost Ukraine $5 million. The total sum of military spending allocated in the Ukrainian budget for 2015 is about UAH 90 billion (about $4.27 billion at the official forex rate).