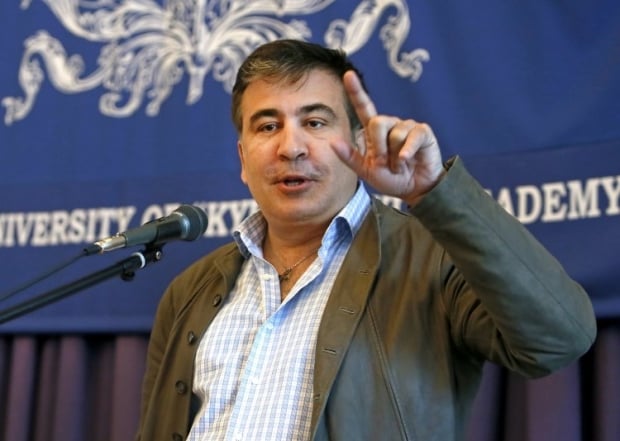 Ukrainian President Petro Poroshenko personally presented former Georgian President Mikheil Saakashvili (2004-2007) as new head of Odesa Regional State Administration in the city of Odesa, in the south of Ukraine, on May 30.

In addition, Poroshenko stressed that he had known Saakashvili for 25 years and believed that he would be a person who is eager to support Ukraine and Odesa."

The president also tweeted on Saturday that he had signed a presidential order to grant Ukrainian citizenship to Mikheil Saakashvili.

During the introduction, newly appointed governor of Odesa region Saakashvili told the public about his love of Odesa and explained what goals he wants to achieve in his new office.

According to him, the region's major potential is its population. Saakashvili sees that his major task is to get the residents of the region united so that all conflicts could be left in the past, TV news service TSN reported.

"We need new people, new directions to attract more tourists and investors to Odesa. This city could be turned into a global miracle… Our goal is to make artificial conflicts become the past and unite society irrespective of what language they speak," he said.