He handed over copies of his credentials to Ukraine's deputy foreign minister. 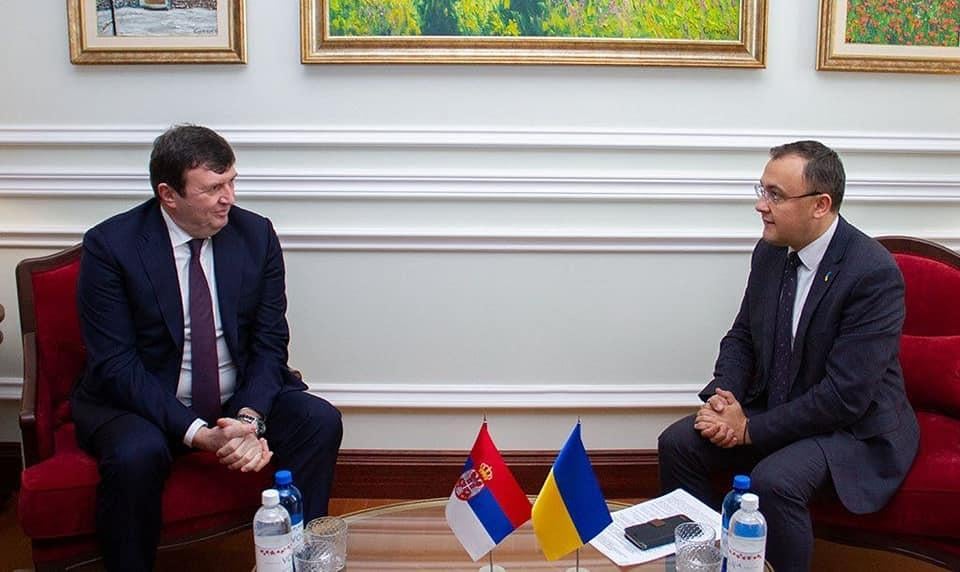 New Ambassador of Serbia to Ukraine Aca Jovanovic has arrived in Kyiv.

"The Deputy Minister expressed the hope for stepping up Ukrainian-Serbian dialogue and for Serbia's more active position in support of the territorial integrity and sovereignty of Ukraine," it said.

As UNIAN reported earlier, a delegation from Russian-occupied Crimea met with deputies of the Serbian parliament during their visit to Belgrade on December 4-7. The envoys of the so-called "Crimean authorities" also took part in a conference titled "The Belgrade Dialogue: for Constructive Relations with Russia and the Recognition of the Crimean People's Will."

Ukraine's Ministry of Foreign Affairs expressed its deep concern about the recent visit of representatives of the occupying administration in Crimea to Belgrade and their participation in official events.

If you see a spelling error on our site, select it and press Ctrl+Enter
Tags:UkraineSerbiaambassador