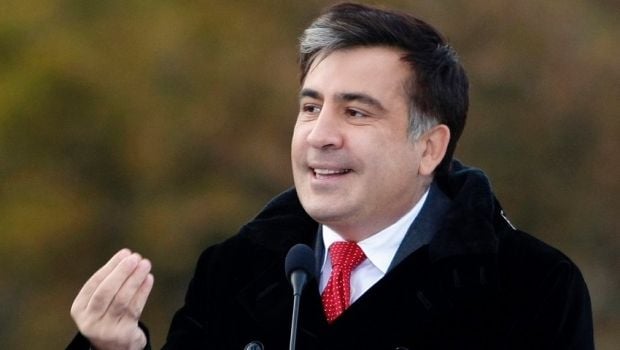 In a BBC interview, Saakashvili said he could not currently go back to his homeland.

"The reality is for me today that a Georgian passport means guaranteed imprisonment for me in Georgia," he said.

He added that the governorship was important because Odessa was a "front line" both against local corruption and against perceived Russian aggression in the region.

"If Odessa ever falls, God forbid, then Georgia might be wiped from the map," he said.

"[Ukrainian President Petro] Poroshenko chose me because he understood the need for radical reform, and knew I would take a hard line on corruption and organized crime," Saakashvili added.