According to Zelensky, this is a terrible tragedy of the Jewish people and a tragic lesson for all humankind. 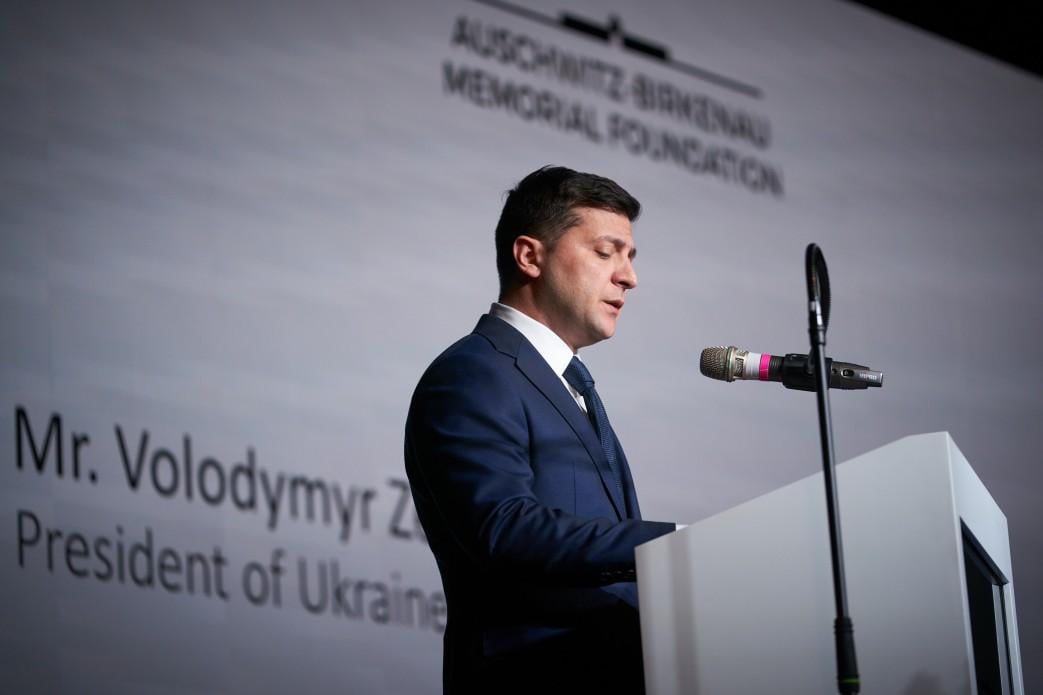 Ukrainian President Volodymyr Zelensky has said on International Holocaust Remembrance Day that the duty to future generations is to prevent a new tragedy.

"We are full of feelings of pain and sadness over the millions of Holocaust victims. This is a terrible tragedy of the Jewish people and a tragic lesson for all humankind. With deep respect, we honor the memory of all those who died," he wrote on Facebook.

UNIAN memo. International Holocaust Remembrance Day is an international memorial day on January 27 commemorating the tragedy of the Holocaust that occurred during the Second World War. It commemorates the genocide that resulted in the deaths of 6 million Jews and 11 million others, by the Nazi regime and its collaborators. It was designated by the United Nations General Assembly resolution 60/7 on November 1, 2005 during the 42nd plenary session.

If you see a spelling error on our site, select it and press Ctrl+Enter
Tags:UkraineHolocaustDaypreventiontragedyremembranceZelensky