Zelensky has not commented on the matter, consistent with a strategy to avoid or deflect most questions about Trump's impeachment. 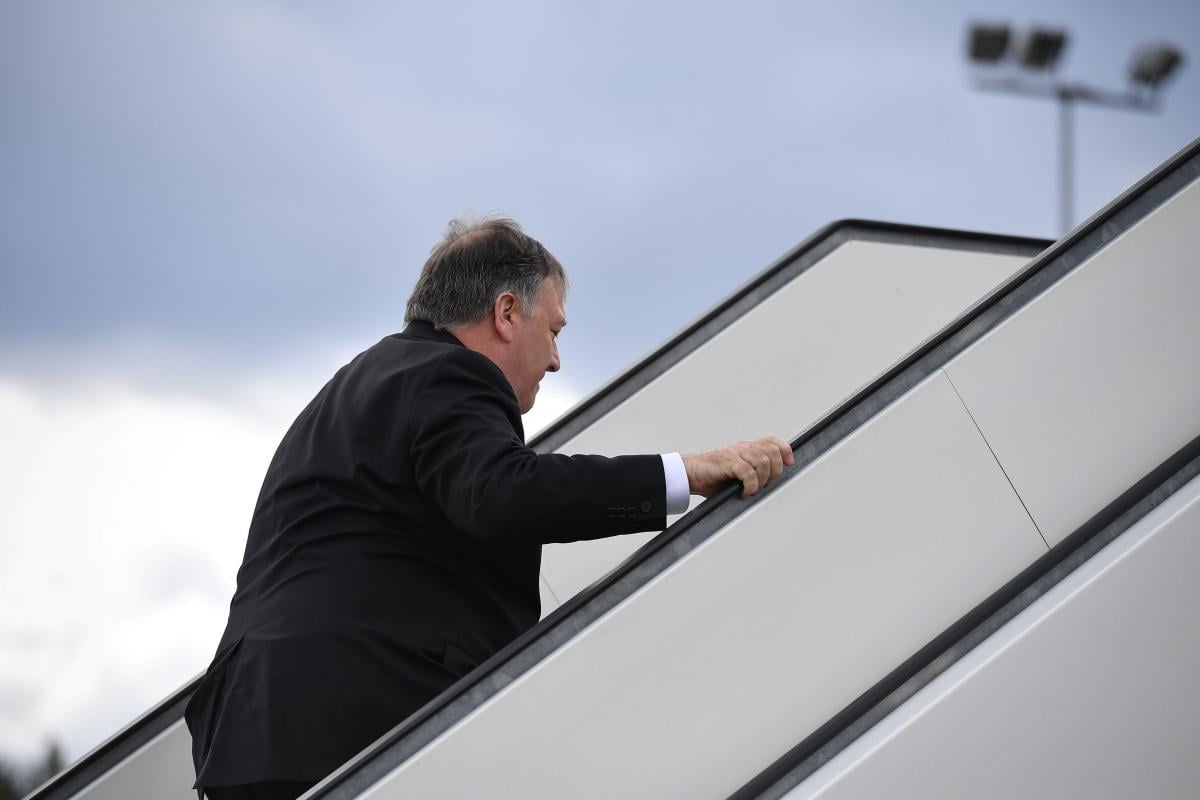 Reported comments by U.S. Secretary of State Mike Pompeo appearing to play down Ukraine's importance to Americans have put Kyiv in an awkward spot days before Pompeo is due to visit.

Ukraine is already walking a political tightrope over the attempt to impeach U.S. President Donald Trump, which focuses on allegations he pressured Ukrainian President Volodymyr Zelensky to investigate the son of his Democratic rival Joe Biden, Reuters reports.

Pompeo, who is due to make an official visit to Ukraine starting on Thursday, will be the most senior U.S. official to travel to Ukraine since the impeachment process began.

Last week he was accused of shouting "do you think Americans care about Ukraine?" at a National Public Radio reporter after she questioned him about Ukraine in an interview.

Pompeo said the reporter had lied in setting up the interview and in agreeing to conduct the post-interview conversation off the record but did not dispute what she said about the content of the post-interview encounter. NPR stood by its account of the meeting.

Zelensky has not commented on the matter, consistent with a strategy to avoid or deflect most questions about Trump's impeachment.

Sviatoslav Yurash, a lawmaker in Zelensky’s party who sits on parliament’s foreign policy committee, said Ukraine was unlikely to raise the issue; analyst Volodymyr Fesenko of the Penta think-tank said Ukraine was in no position to complain.

"We may not like what Pompeo allegedly said, but we cannot afford to criticize Pompeo for this. We cannot show our negative attitude," he said.

In a statement to Reuters, Ukraine's Foreign Ministry said Pompeo's visit was a "clear demonstration of support for Ukraine" focused on the Donbas conflict, military aid, and Washington's support for reforms.

A senior U.S. administration official stressed that Washington's focus was supporting Ukraine and its fight against corruption.

Ukraine counts on Washington for diplomatic support and military aid to buy Javelin anti-tank missiles and other hardware as it battles Russian-occupation forces in its eastern Donbas region in a war that has killed more than 13,000 people.

If you see a spelling error on our site, select it and press Ctrl+Enter
Tags:USAvisitPompeoZelensky