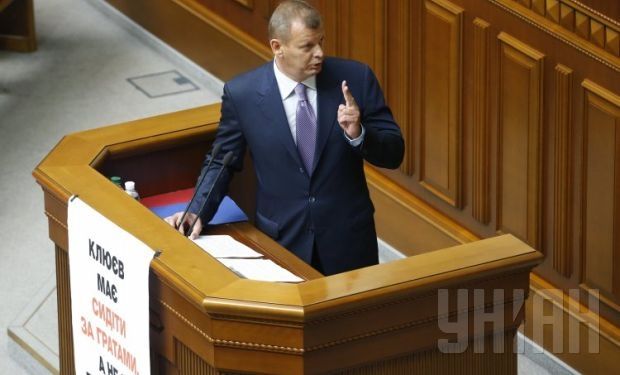 The corresponding decision was supported by 287 out of 322 MPs registered in the session hall.

As reported earlier, on May 12, Prosecutor General of Ukraine Viktor Shokin said that the Prosecutor General's Office would ask the Ukrainian parliament to strip MP from the Party of Regions and co-owner of Slav Handel, Vertretung Und Beteiligung AG Serhiy Kliuyev, and MP from Oleh Liashko's Radical Party, the founder and first commander of the Aidar Battalion Serhiy Melnychuk of their parliamentary immunity.

The Prosecutor General said that Melnychuk had been accused of forming a criminal gang.

Answering a question from journalists who asked about the crimes Kliuyev was suspected of, Shokin said he was charged with fraud and the misappropriation of property belonging to other people.