Former Kremlin prisoner Oleh Sentsov noted that Ukraine should continue its fight and named the steps by Volodymyr Zelensky that he supports. 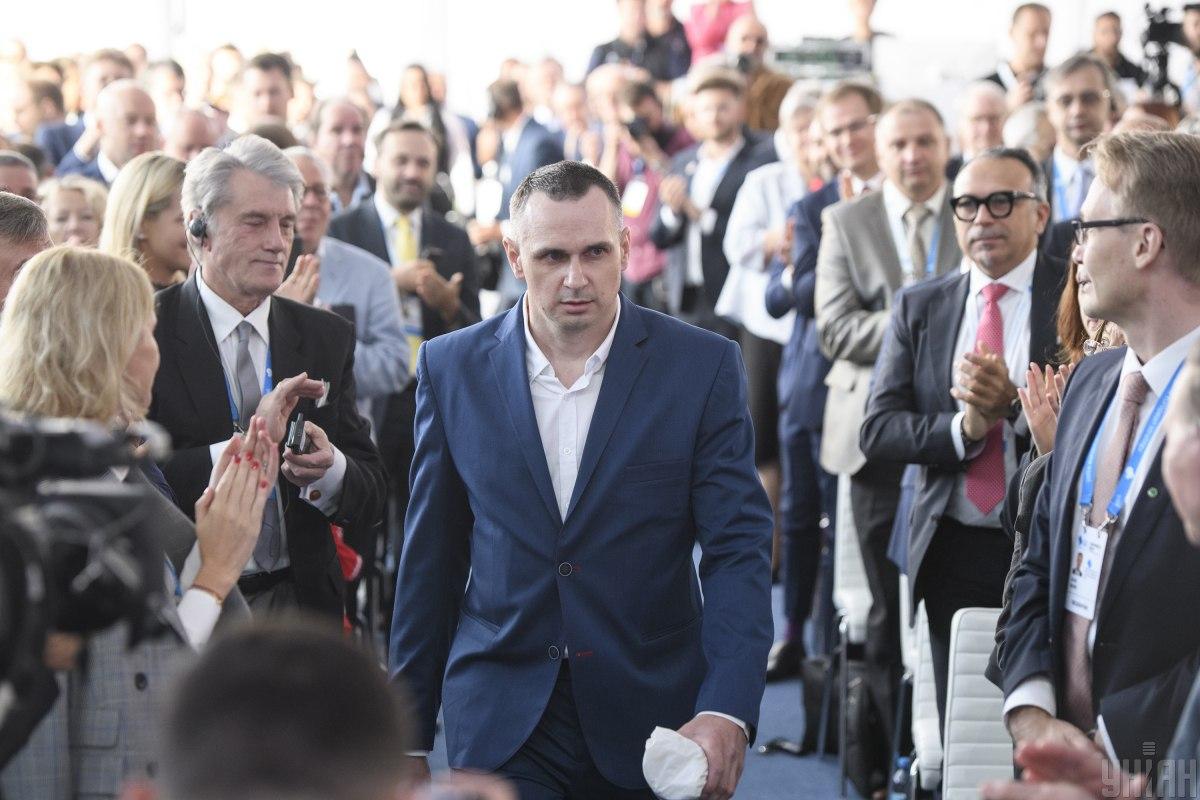 Ukrainian film director, released from Russian captivity in September 2019 in a prisoner swap effort, Oleh Sentsov, has made an unexpected statement that the only way to achieve peace in Donbas is defeat. He noted that negotiating with Russian President Vladimir Putin is impossible, and turned to Ukrainian President Volodymyr Zelensky.

The ex-prisoner noted that Ukraine should continue the fight and called the steps taken by Zelensky that he supports.

"I have my own opinion, which in some respects does not coincide with that of our president. In my opinion, we cannot negotiate with Putin. For us, the only way to achieve peace in Donbass is defeat. We must give in, and after this, peace will come to Donbas. But it will be peace of a conquered state," Sentsov said in an interview with the Voice of America.

He noted that the only alternative is to continue the fight, and only having survived, Ukraine will be able to defeat the horde.

"Not to give up. We cannot defeat Putin objectively by military means. We cannot kill him economically. He has more resources, but we can simply refuse to give up and prevail in this confrontation. I always compare Ukraine with the tower on which we stand as the horde storms us, and we just need to survive. We cannot go down and kill this horde – there are a lot of them down there, we only have to survive," said the ex-prisoner of the Kremlin.

Sentsov supported Zelensky's steps regarding the ceasefire and release of prisoners. He noted that he did not believe that Putin would let Donbas integrate.

In addition, he said that Zelensky himself knows how everything should be done.

"He is an adult, the leader of our country, knows what to do, so let him do it. I don't offer advice. He has own advisors and he has his own head on his shoulders. He understands how it should be done," summed up Sentsov.

If you see a spelling error on our site, select it and press Ctrl+Enter
Tags:RussiawarDonbasPutinSentsovZelensky