Zelensky thanks Pompeo for continuous support of Ukraine

The officials discussed the progress of reforms in Ukraine and trade relations between two countries. 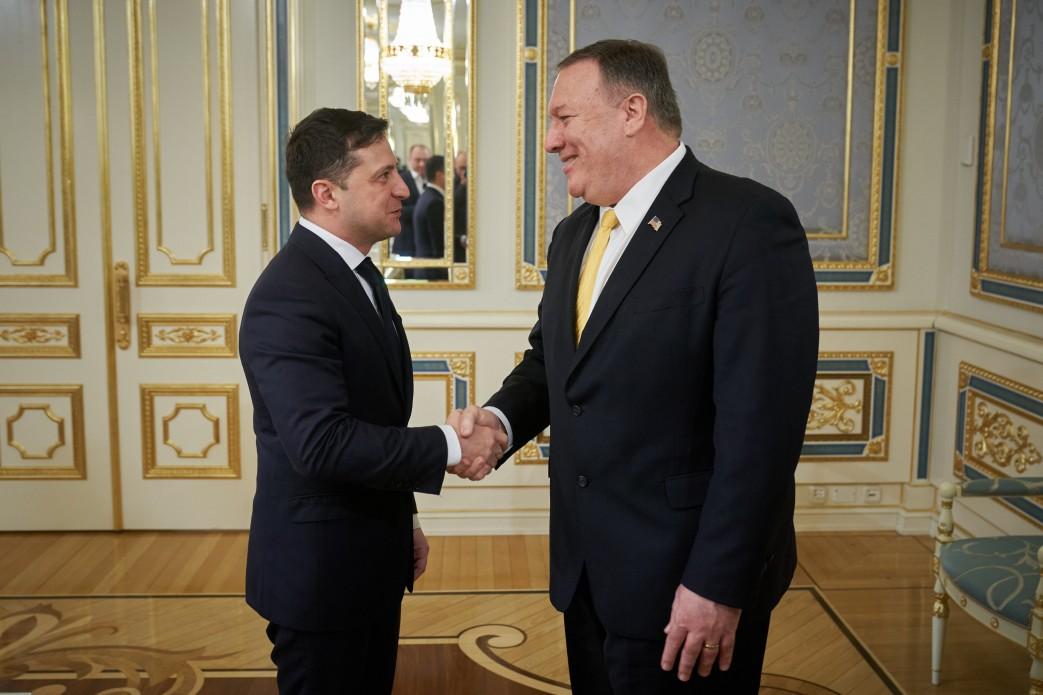 Ukrainian President Volodymyr Zelensky during a meeting with U.S. Secretary of State Mike Pompeo in Kyiv has thanked the United States for the continuous support of Ukraine.

"I would like to thank the United States of America, President Trump's Administration, you personally and the entire people of the United States for the continuous support of Ukraine – our sovereignty and territorial integrity. It is very important to us," Zelensky said, according to his press service.

The Ukrainian president also thanked the United States for helping Ukraine investigate the downing of Ukraine International Airlines flight PS752 in the Islamic Republic of Iran.

He underscored Ukraine's interest in active cooperation with the United States in various spheres.

In addition, Zelensky and Pompeo discussed the development of infrastructure in Ukraine, in particular, in Donbas. "We have great plans concerning the roads. Our first step is 25,000 kilometers of roads. We invite American businessmen to invest in Ukrainian infrastructure," Zelensky said.

The officials also discussed the progress of reforms in Ukraine and trade relations between two countries.

Pompeo, in turn, expressed support for Ukraine's cooperation with the International Monetary Fund.