The Ukrainian side hopes for further cooperation to step up security in the Black Sea region. 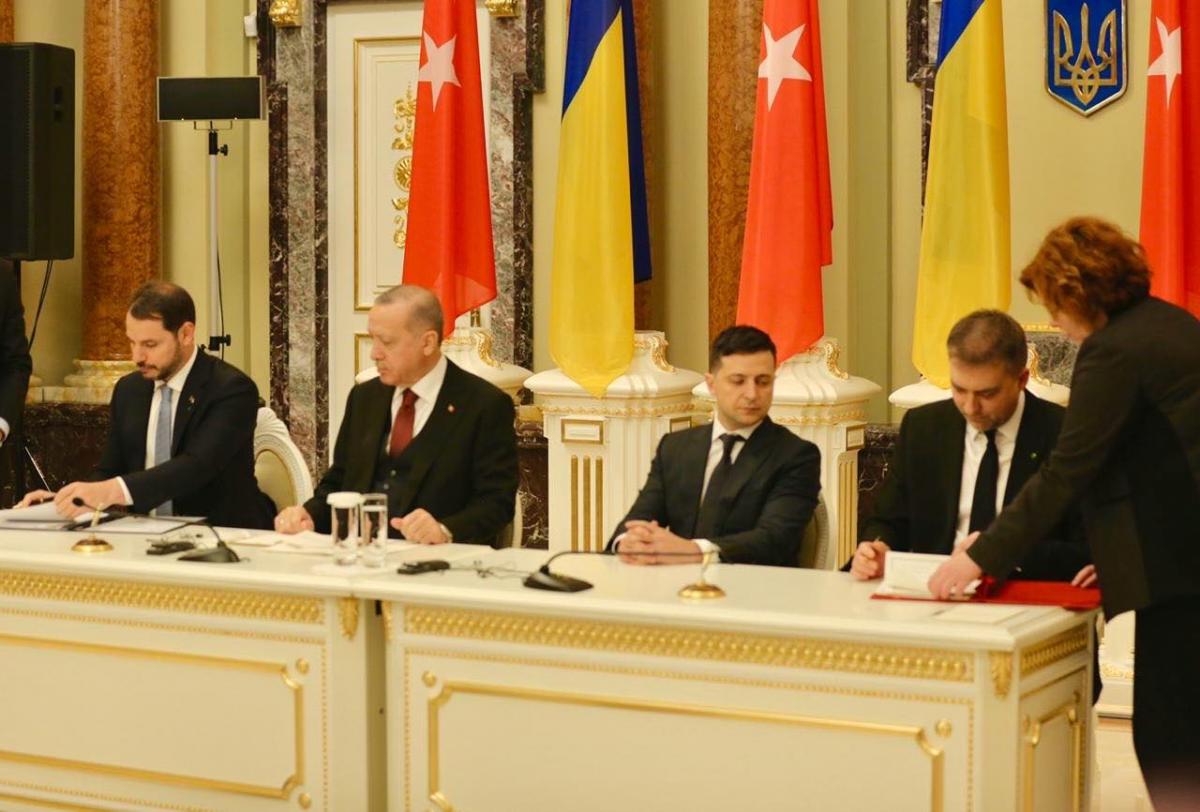 Ukraine and Turkey have signed a framework agreement on cooperation in the defense sector.

The document was signed by Ukrainian Defense Minister Andriy Zagorodnyuk and Turkish Minister of Finance and Treasury Berat Albayrak after talks between the two countries' delegations in Kyiv on Monday, February 3, which were chaired by Ukrainian President Volodymyr Zelensky and his Turkish counterpart Recep Tayyip Erdogan, Ukraine's Defense Ministry said on its website.

The agreement is to facilitate cooperation between the countries in the defense sphere on the basis of reciprocity, as it forms legal grounds for expanding of Ukrainian-Turkish defense cooperation, the ministry said.

Zagorodnyuk, in particular, emphasized that cooperation in the defense-industrial and military spheres between Ukraine and Turkey is based on friendly relations, constructive dialogue, mutual respect and is an important component of strategic partnership between the states.

"Cooperation in the field of armaments and military equipment is one of the key elements of the development of both countries' defense capabilities," he said.

He thanked the Turkish side for comprehensive assistance to the Armed Forces of Ukraine. "This concerns the issues of rehabilitation of Ukrainian servicemen and their families. Since 2016, some 800 Ukrainians have been rehabilitated on a free basis in Turkey," he said.

He also said that Ukraine hopes for further cooperation to step up security in the region.

"We are looking forward to developing cooperation to step up security in the region by exchanging information on the naval situation in the Black Sea region, as well as enhancing air defense capabilities through joint participation in the NATO Air Situational Data Exchange Program with the Armed Forces of the Turkish Republic," he said.

A visit of the delegation of the Ministry of Defense of Ukraine and representatives of defense industry enterprises to Turkey is planned soon, he said.

"In March, we will have the honor of receiving the Minister of National Defense of the Republic of Turkey with an official visit to Kyiv, where we will discuss the first steps towards the practical implementation of provisions of the [signed] agreement," he added.