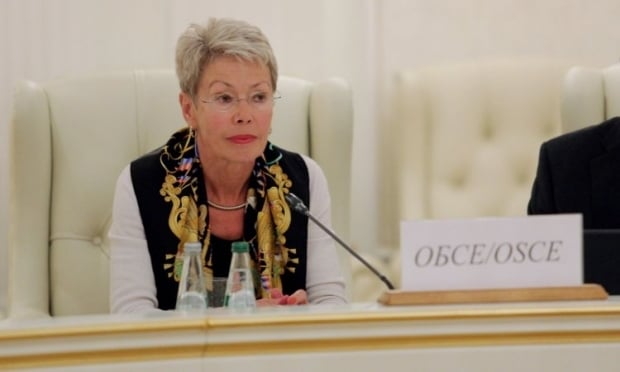 The causes behind Tagliavini's resignation have not been reported.

"On Friday evening, the Federal Department of Foreign Affairs of Switzerland confirmed reports by SDA news agency broadcast by the Swiss TV that Tagliavini would like to cease to work as the Special Representative [of the OSCE Chairperson-in-Office in Ukraine] soon. However, neither the causes behind the decision nor the date of the resignation has been disclosed by the Department," srf.ch reported, according to Ukrainska Pravda.

Tagliavini, who was granted her mandate about a year ago, has for months unsuccessfully attempted to mediate negotiations between Ukraine, Russia and Russian-backed militant leaders from the self-proclaimed Donetsk and Luhansk republics. She previously worked in Chechnya and Georgia.

The OSCE has been widely criticized in Ukraine and abroad for its improper performance.