The lawmakers were blocking the rostrum. 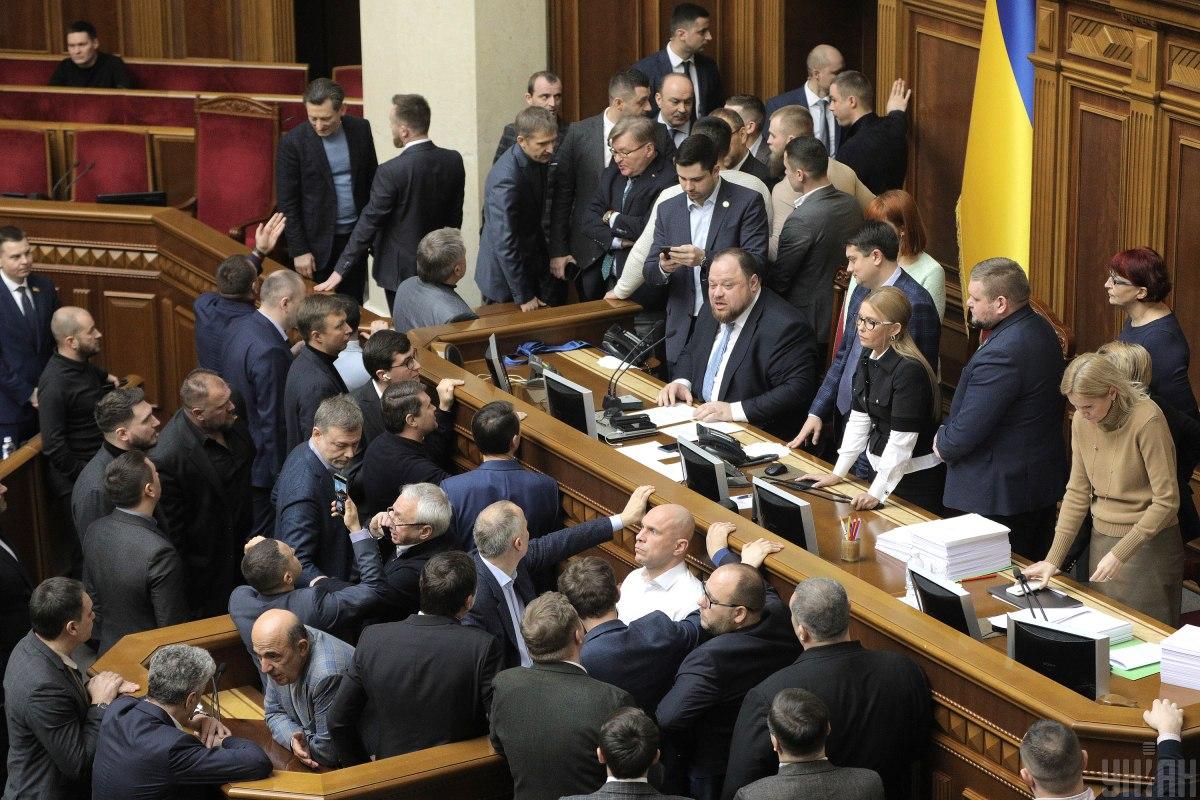 Ukrainian MPs started a skirmish during a Verkhovna Rada session on Thursday over the land market bill.

At first, a number of lawmakers blocked the rostrum. Leader of the Batkivshchyna faction Yulia Tymoshenko took the seat of Speaker Dmytro Razumkov.

First Deputy Chairman of the Verkhovna Rada of Ukraine Ruslan Stefanchuk was seen standing by the rostrum, while a member of the Opposition Platform – For Life Party Vadym Rabinovych and his faction were blocking it.

Despite altercations, Stefanchuk decided to follow the agenda and continue consideration of bills, including that on the land market.

Servant of the People faction leader David Arakhamia said he did not rule out that the deputies would have to work overnight to vote for the land bill.

If you see a spelling error on our site, select it and press Ctrl+Enter
Tags:Radalandmarketlegislationclashes