How Russian vice-governor became one of "DPR" leaders 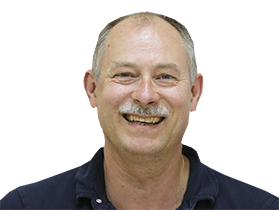 A Russian national, former vice-governor of the Irkutsk region Vladimir Pashkov, has been appointed one of the leaders of the so-called "Donetsk People's Republic", or to be more precise, "the acting prime minister."

This is not the first Russian citizen to occupy senior positions in the "DPR" and "LPR". And his appointment is yet another proof that the puppet entities are exclaves fully managed by the Russian Federation.

For a former Russian official to get such a post is by no means an exile, but a huge raise

A spokesman for Putin, Dmirty Peskov, commenting on Pashkov's appointment, said that he emerged at the helm of the "government" of the "DPR" as a private individual, and wasn't delegated by Russia. However, this statement is nothing but a pathetic attempt to save face.

For a former Russian official to get such a post is by no means an exile but a huge raise. Indeed, through these two puppet entities, "LPR" and "DPR", millions are siphoned. And it's not hryvnias or rubles, it's U.S. dollars. Therefore, only truly "right" people are appointed to such positions by the Kremlin. Since we are talking about Donetsk, where all the processes are supervised by the GRU, Pashkov is part of the clan of the security forces, the military. Obviously, security officials perceive him as a reliable person who will act as a supervisor.

Remember Zakharchenko? After all, he was caught stealing fuel supplies for the Russian army, for which he paid his price: he had a network of gas stations, and he would sell fuel that was supplied to the armed forces of the Russian Federation deployed in Ukrainian territory. That is, they finished Zakharchenko because he became an unreliable and was caught ratting.

So the post of "prime minister" of "DPR" is an honorary appointment to supervise cash flows.

By the way, where has his predecessor Alexander Ananchenko gone? And here one should ask a question not about where he has gone, but whether he's still alive at all. Given that the “DPR” is handled by the Main Intelligence Directorate of the Ministry of Defense of the Russian Federation, people in the pseudo-republic can simply disappear and no one will know where and how.

As soon as he begins to sing songs not in unison with the party's general line, he will suffer the same fate as Zakharchenko

Let us return to Zakharchenko. He was perfectly aware of what awaited him for stealing. Therefore, first he fled to Crimea, then to Abkhazia, ignoring the invitation to get to Moscow. When the GRU realized that it would be problematic to pull him out of Donetsk, they blew him up right there, in his favorite cafe.

Ananchenko, probably, was also "invited" somewhere. And that was it for him.

In this regard, it cannot be ruled out that for Pashkov there is a threat to completely disappear from this honorable position if he is not obedient, executive, and honest with his leaders. His task is to learn the "division table" day and night and observe it fully. As soon as he begins to sing songs not in unison with the party's general line, he will suffer the same fate as Zakharchenko. Nobody will play around because a lot of money is at stake.

Oleh Zhdanov is a reserve colonel, former operational control officer with the General Staff of the Armed Forces, military expert