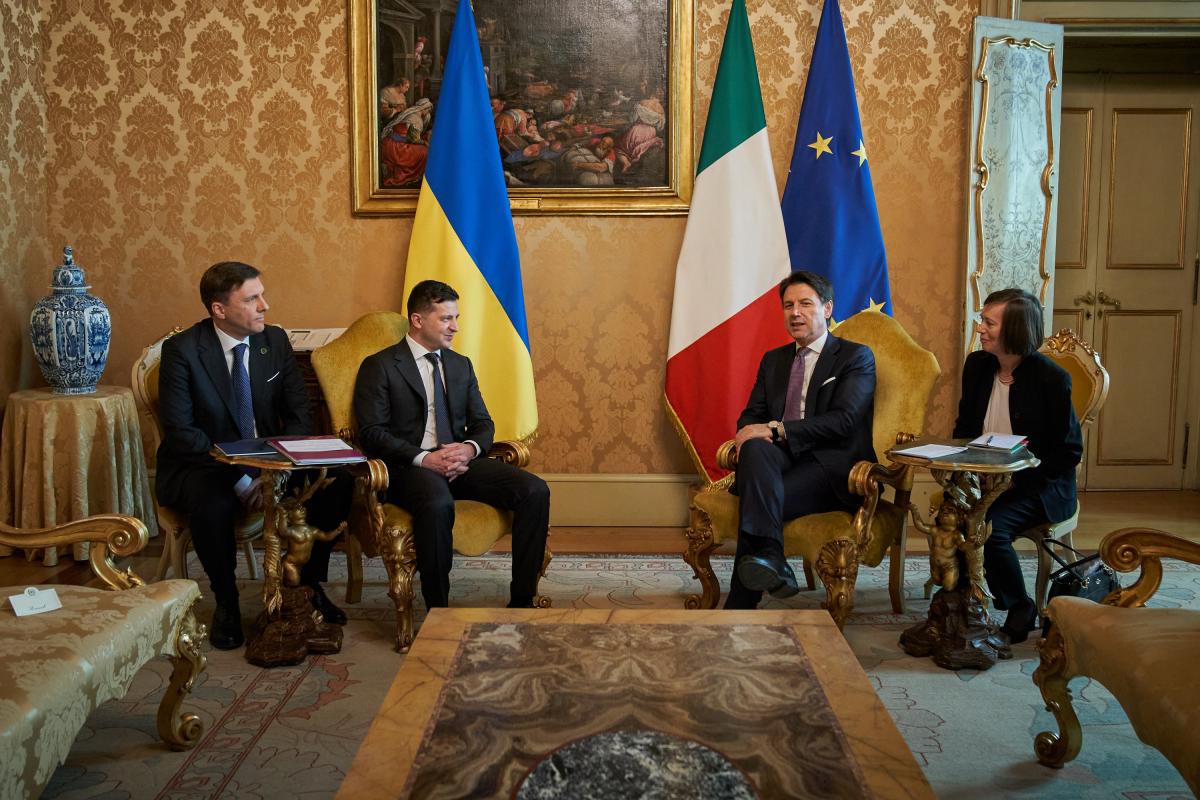 Zelensky is meeting with Conte / Photo from president.gov.ua

"I've called on the Prime Minister to close the illegal 'DPR' and 'LPR' offices opened in several cities of Italy," Zelensky told media representatives in Rome on February 7, according to the presidential press service.

As UNIAN reported earlier, it became known in February 2019 that pro-Russian forces in Verona (Italy) announced the opening of the so-called "representative office of the DPR."

In turn, Ukraine's Ministry of Foreign Affairs sent a note verbale to the Ministry of Foreign Affairs of Italy along with requests to the prefecture and questura [police headquarters] of Verona, protesting against undermining the pan-European position in support of the territorial integrity of the Ukrainian state. The requests also sought clarification of the legal status of that "representation."