Zelensky: Important for Ukraine to build relations with Italy as strong member of EU, NATO 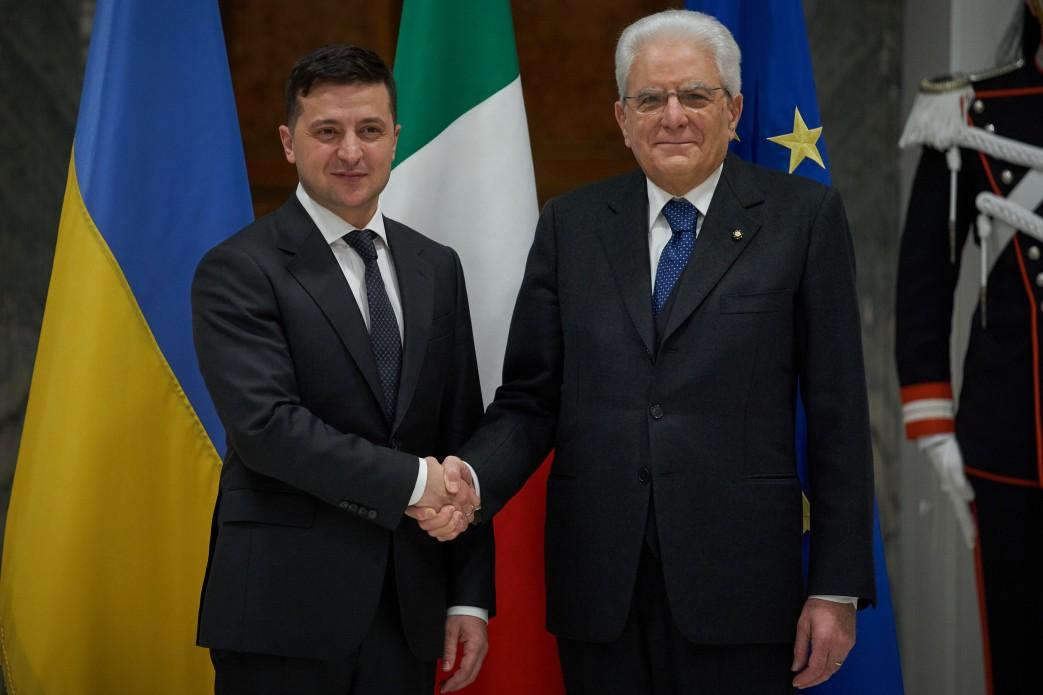 Zelensky at a meeting with his Italian counterpart / Photo from president.gov.ua

Ukrainian President Volodymyr Zelensky says that it is important for Ukraine to build relations with Italy as a strong member of the European Union and NATO.

"It is important for Ukraine to build relations with Italy as a powerful member of the EU and NATO," he said at a meeting with his Italian counterpart Sergio Mattarella in Italy, according to the Ukrainian president's press service.

The two leaders discussed a wide range of bilateral cooperation issues, including the development of political dialogue, prospects for trade, economic and investment cooperation, Italy's support for the reform process in Ukraine, and the integration of our country into the Euro-Atlantic structures.

The Ukrainian president said that new opportunities were being opened to intensify cooperation between the two countries.

Mattarella, in turn, praised the role of the Ukrainian community in Italy, which makes an important contribution to the development of interpersonal contacts between the countries.

The Ukrainian president also briefed his Italian counterpart on the situation in Donbas, eastern Ukraine, and on the implementation of the agreements reached during the meeting in the Normandy format in Paris.

Zelensky said he was hopeful that Italy would continue to support solidary international efforts aimed to restore Ukraine's sovereignty and territorial integrity.

If you see a spelling error on our site, select it and press Ctrl+Enter
Tags:presidentItalyZelensky