The president noted that His Holiness Pope Francis is very much welcome in Ukraine, where he enjoys extremely high support and trust. 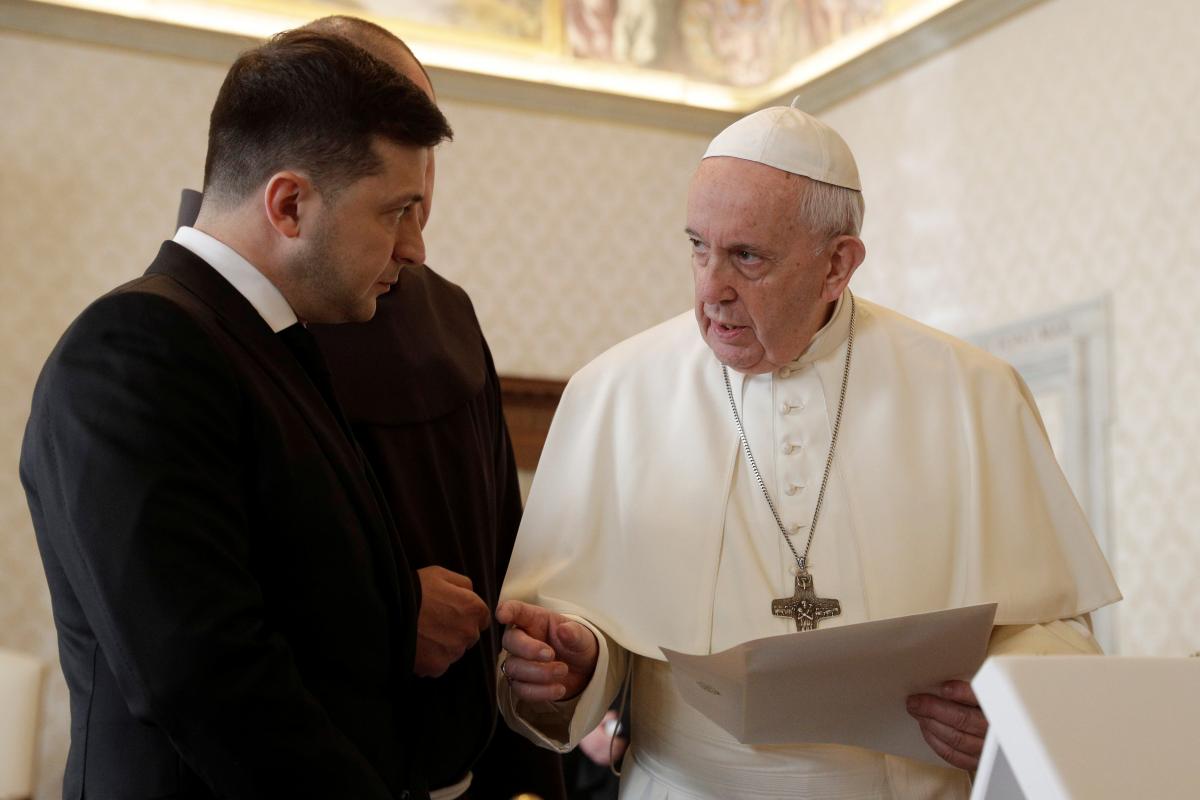 Ukrainian President Volodymyr Zelensky has shared his impressions of the meeting with Pope Francis.

"The main thing we talked about is peace. He even called me 'president of peace' – this is my image in Europe now," Zelensky said after the audience with His Holiness Pope Francis, which took place in Vatican City State, the president's press service reports.

The president stressed the important role that the Holy See could play in bringing peace to the Ukrainian land.

Zelensky and His Holiness also discussed humanitarian initiatives to help children and protect the environment.

"I am extremely grateful to His Holiness for Ukraine initiative, which helped 900,000 Ukrainians who had suffered in Donbas," the Ukrainian president said.

Zelensky emphasized that Ukrainian churches played an extremely important role in spreading the truth and development of society.

The president noted that His Holiness Pope Francis is very much welcome in Ukraine, where he enjoys extremely high support and trust.

"I invited him to Ukraine. I am sure he will be in Ukraine – not only in the capital. I said that in order to fully understand what was happening in the east, it was necessary to go to the east," Zelensky added.

If you see a spelling error on our site, select it and press Ctrl+Enter
Tags:UkrainemeetingVaticanPopeFrancisZelensky